Donation by Michael Kenna to the French State 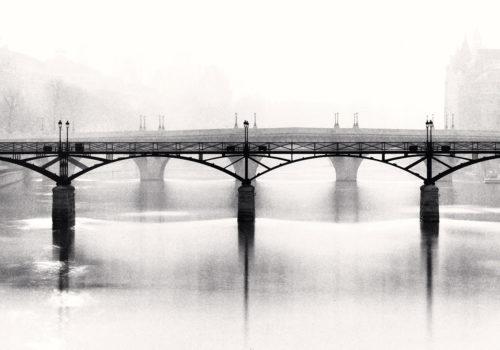 The internationally renowned photographer Michael Kenna donated, by notarized agreement signed on November 10th, 2022, all of his photographic work to the French State. It will be kept by the Media Library of Heritage and Photography (MPP) in the Fort Saint-Cyr in Montigny-le-Bretonneux (Yvelines).

The Culture Minister Rima Abdul Malak made the announcement during Paris Photo. She thanked him for his exceptional donation and expressed “the immense gratitude of our country which is committed to preserving and promoting his work in the best possible conditions. The entry of such a fund into our French public collections is an element of national pride. It reinforces the dynamism and influence of France in the field of photography”. The Minister wished to honor Michael Kenna by raising him to the rank of officer in the Order of Arts and Letters and by presenting him with his insignia as part of Paris Photo.

The new donation covers all of the photographer’s work.

It includes 3,683 original prints made in 43 different countries, negatives and scans corresponding to these prints, 175,000 other negatives accompanied by the corresponding contact sheets, 6,422 working prints from the years 1983-2000, 1,280 Polaroid prints, catalogs printed of his work and all the archives relating to his artistic activity for 46 years. It is accompanied by the rights of production and representation of the images.

This donation of great wealth allows the entry into the national public collections of the collection of an Anglo-Saxon photographer enjoying great international recognition and confirms the dynamism and influence of French cultural institutions in the field of photography.

Coming from a family of Irish origin, Michael Kenna was born in 1953 in Widnes (Lancashire). From 1972 to 1976, he studied photography at the London College of Printing. While carrying out commissioned works at the start of his career, he undertook personal works essentially devoted to landscape. At the end of the 1970s, he settled in San Francisco, then moved to Portland (Oregon), then Seattle (Washington) where he currently resides.

He builds his work in large chapters and his projects, planned for the long term, may require round trips to known places that he tirelessly explored for years. His work on the concentration camps, which he donated to France in 2000, led him for more than ten years to the locations of all the former Nazi camps.

Away from fads as well as aesthetic dogmatism, he has built a corpus centered on the interaction between natural landscapes and landscapes where man has left his mark. His photographs are often taken at dawn or dusk, in mist or fog. He appreciates long exposure times, which allow him to capture a reality other than that which is offered at first glance, revealing effects of light and atmospheric phenomena.

Michael Kenna works in film and produces all his prints himself, in the tradition of Ruth Bernhard (1905-2006), photographer known for her studies of nudes and her still lifes, of whom he was the assistant for more than ten years. at the beginning of his career. Thanks to his work in the darkroom, he created prints like a craftsman in contact with matter, playing on textures and contrasts.