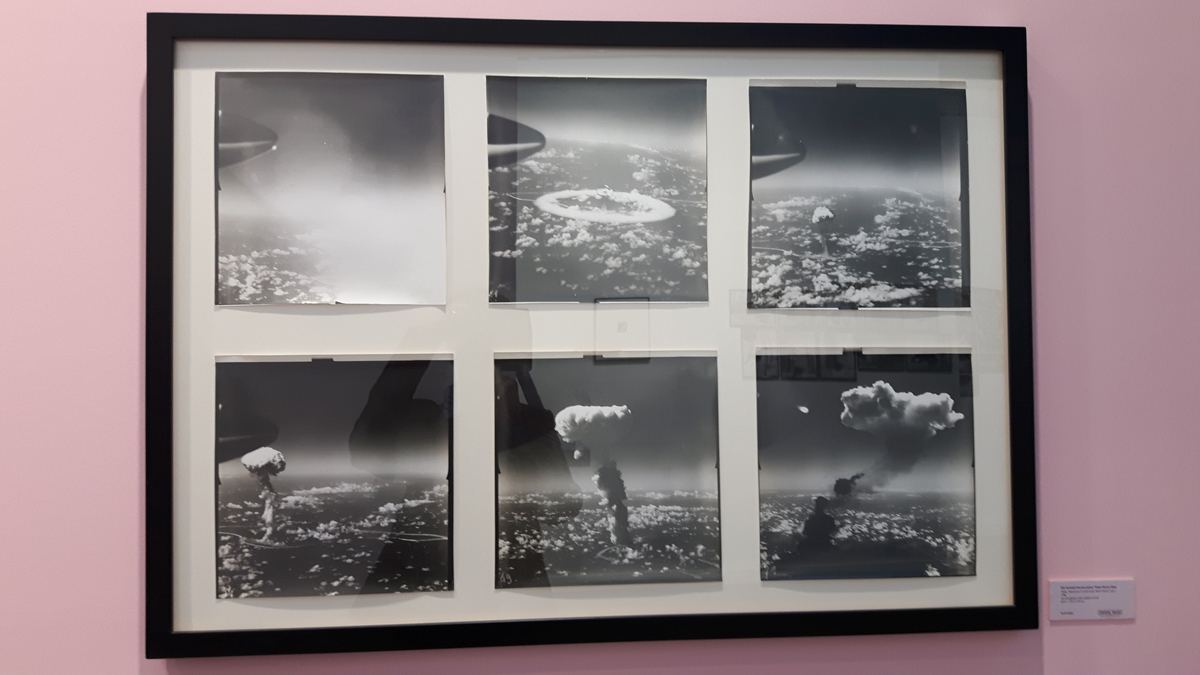 Majestic as ever beneath the glass dome of the Grand Palais, Paris Photo, which is celebrating its twentieth anniversary, outdoes itself as a venue showcasing major trends in photography. An in-depth look and analysis.

At Paris Photo, you can of course find some nineteenth-century classics alongside more recent, time-honored figures, such as Pierre & Gilles, Gregory Crewdson, and Valérie Belin. They are the fair’s regulars. But above all, you could discover some treasures,  those you knew nothing about only yesterday but to which you will now pay attention. For example, the Daniel Blau Gallery presents stunning images of Saturn taken by NASA in the 1980s, as well as no less spectacular shots of nuclear tests recorded by the American army in the 1940s. This is a point where documentary photography changes status and becomes a work of art.

At Paris Photo, visitors invariably delight in seeing, anew or for the first time, the pioneers of color photography as well as another America, the one of the 1960s and 70s, and even 80s. From Stephen Shore at the Edwynn Houk Gallery to Frank Horvat and Harry Gruyaert at the Fifty One Gallery, through Arlene Gottfried at the Douches Gallery and Paul Fusco’s series Funeral Train at Danziger’s: this is a true feast for the eyes. The format of all these, mostly vintage, prints, seldom larger than 30×40 cm, confirms a trend that began last year: the scarcity of seductive, decorative, oversized photos. The return to intimate small formats is undeniable, even if, when assembled on the wall, they add up to one imposing work of art.

Another observation is that the human figure, which had its heyday with humanist photography, is either disappearing or being negated by contemporary photographers: for example, through the transformation of the image in works that reappropriate vernacular photography. A case in point: Julie Cockburn at the Flowers Gallery.

In general, what is striking in many of today’s artists is, on the one hand, a return to abstraction, geometric patterns and compositions, and, on the other, an increasingly frequent use of black and white. While their 1930s’ predecessors experimented with the medium, the contemporaries seem instead to want to escape from reality, perhaps to propose a new vision of the world. Unlike those of the previous decades, these works do not seek to tell stories or even simply to be narrative: the time of fiction and mise-en-scène is past, having given way to abstraction which invites metaphysical reflection. Is this a way of echoing the changing contemporary society and the fragile, precarious world we live in?

Another observation: paper, fabric, and all types of medium that lend materiality to images have definitively emerged as part and parcel of the work and become just as important as, if not more than, what they show or tell. More than ever, photography is an object—a collector’s item. Spectacular examples of the trend can be found at the Dix9 Gallery, in the work of Leyla Cardenas, and in Christiane Feser’s work at the Anita Beckers Gallery.

Lastly, this year’s edition of Paris Photo marks a definitive return to historic processes, such as cyanotype, ambrotype, as well as tri-color gum bichromate print and daguerreotype, like those by Mustapha Azeroual, featured for the first time at Paris Photo by the Binôme Gallery. These processes, dating back to the invention of photography, signal not only a contemporary resistance to digital imaging but also a marked interest, at the heart of an event which, we mustn’t forget, is above all an art fair, in unique works of art. This uniqueness represents precious added value at a time when photography is becoming increasingly mainstream. This is, in any case, a strong tendency observed among many exhibitors, such as the Polka Gallery with William Klein’s painted photographs. As one might suspect, the market value of a unique work is much greater than that of multiple originals. And thus photography and contemporary art converge a bit further. Besides, isn’t this the direction where many festivals and photography events have been heading for some time?

Another thing: in publishing, two favorites among books showcased by editors. Parcours, published by Xavier Barral to celebrate the twentieth anniversary of the fair, brings together 89 contributions by major figures in the world of photography who have left their mark on the history of Paris Photo. Each of the 2,000 copies of this publication is unique thanks to the original interventions of the collective Tendance Floue made in collaboration with the Picto Foundation and Picto Endowment (price: 35 euros). This is the same photo lab which featured Laurence Leblanc’s book designed as a part of the Niépce Prize—a true collector’s item printed in 15 copies.

Sophie Bernard is a journalist specialized in photography based in Paris. She was the editor in chief of Images magazine for 12 years.

Paris Photo 2016: the journalists and publicists