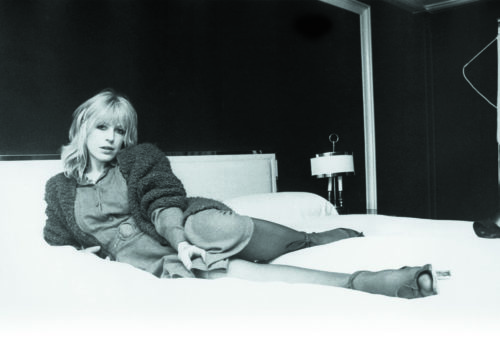 At the end of the 70s, after his beginnings as a photographer in the magazine Afro Musique under the sponsorship of Manu Dibango, Pierre René-Worms immortalized, for the magazines and newspapers, Actuel, Rock & Folk, Best or Liberation in particular, a decisive period in the history of music, punk rock giving birth to the New Wave scene. His photographs bear witness to the arrival of unforgettable groups such as U2, The Cure, The Clash and Joy Division. Pierre René-Worms transmits all the energy, all the vitality that emanates from these musicians whom he followed both during their concerts and during more intimate moments, backstage or at the hotel. He then traveled throughout the African continent for twenty years, he is now responsible for the Photo department of France Médias Monde.

For several years, looking at these photos, I have seen a musical but also a social history, that of the changing from the mid-1970s to the end of the 1980s. Pierre’s territories emerged in parallel and feed on each other. If we especially know his rock photos, it is on the African continent that he has spent more time since 1978.

Patrouille de nuit is in a way the sum of years of turning over boxes of prints revealing the landscapes of a changing world: Salif Keïta is an activist at the Fête de l’Humanité for the liberation of Nelson Mandela; Vivienne Westwood paraded at Angelina’s in front of appalled English journalists; Carte de séjour is at the Bastille for Touche pas à mon pote for SOS Racisme. Reading his photos allows us to glimpse at stories where figures as different as Georges Marchais and Miriam Makeba meet.

Pierre slips into the daily life of musicians, from the concierge’s lodge at the Mogador theater with the B-52’s, to a London ring with Ron Mael, the singer of the Sparks, to Etienne Daho’s apartment. in Paris where he captures the moments shared with Elli Medeiros. Her picture is about the discovery of an emerging society that is often conjugated in the feminine because over the stages and the bars, it shows the important place occupied by women in this post-punk period. Throughout the images, we rediscover musicians like the Raincoats, The Slits, Nina Hagen, Chrissie Hynde, Grace Jones, Marianne Faithfull, and we meet Debbie Harry, the enchantress, the same one who in the New York film “Downtown 81 Can make all your dreams come true.