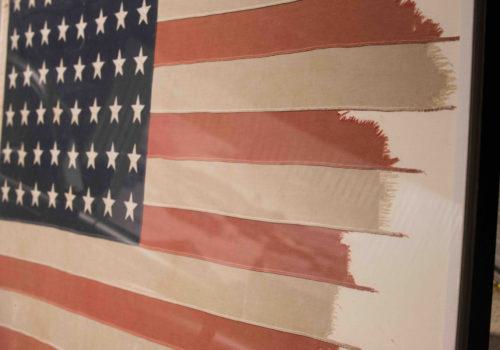 Gregg Albracht is an American photographer living in Santa Fe, New Mexico. His love affair with photography began in the summer of 1969 ,when at the age of 20, he had the opportunity to view a portfolio of Black and White photographs. Mesmerized by their richness and surprising beauty, he decided to abandon his business plans and pursue photography instead.

His early career was spent learning and eventually mastering Black and White and the Darkroom print.

Essentially self-taught, his first major showing was at the 1982 World’s Fair where he earned the Award of Excellence for his work. His mid–career focused on what he called “Traditional” photography ,spending most of each year in the darkroom and doing shows at galleries.

At the age of 64 he decided to completely reinvent himself. He abandoned his sacred space ( the darkroom ) and  inspired by the Abstract Expressionist painters, he moved into color and deeper into abstraction.

In 2015, he started this series of abstract studies focusing on the collection housed at the National Museum of Nuclear Science and History (nuclearmuseum.org). The subjects here are Weapons of War; fighter jets, missiles, atomic bombs, an attack submarine, and other nuclear artifacts. Some images created were illustrative but the body of work are constructs into another form of expression.

This series was presented to the Nuclear Museum officials and lead to a five-month exhibition titled ” Pictures from the Museum, ” highlighted by his talk presented to the Einstein Club. His “Nuclear Abstraction ” series continues to this day.

Lanza : How did making this series, Nuclear Abstraction affect your work and direction as an artist?
Albracht : There is no doubt that it was a major turning point in my career. It was as if I had passed through a portal into another realm.
When the Museum offered me an exhibition, it validated this new way of seeing.
I have had more than one artist ask me if I was on drugs when I created this work. The answer is no, but the euphoria was real and I only want it to continue.

Lanza : When your work took a “new direction”–away from B&W photography and Darkroom printing, who or what were your influences?
Albracht : There are images that are permanently seared into my mind that were created by some of the great photographers of the early and mid-20th century.
I find that I can quickly reference them from memory, particularly selected works of Ansel Adams, Alfred Stieglitz, W. Eugene Smith, and my favorite Andre Kertesz.
When I decided to pursue other creative possibilities, I was naturally drawn to the painters as well as others in the arts.
Because I was self-taught I created my own curriculum.
Here is a short list of the artists that have kept me inspired over the last 10 years:

Lanza : What is your process in creating the abstract studies in color ? Technically ?
Albracht : My mother was a calligrapher so I grew up exposed to the marks and lines of ink on paper. The flow of the pen and the final composition was always paramount, not the light. Because I have always believed that composition was far more important than the light, my natural inclination was well suited for abstraction.
With abstraction you are no longer communicating with a recognizable subject. You must connect with the viewer on the strength of your composition, the choice of color, and the suggestion of a thought or idea. For me the question is, are you visually leading the viewer to come to your conclusion or are you leaving it open to interpretation ?
I enjoy doing both.
Technically I shoot with digital camera’s Nikon and Leica. I do use Lightroom but I have never viewed a tutorial nor have I taken a class so I am unfamiliar with the terminology. Much like the professional musician who doesn’t read music, I can only say that I have learned to make the necessary adjustments until everything seems right.
My “intuitive approach” is rarely preconceived. I prefer the spontaneous, the instinctual, and the improvisational.
There is a hidden meaning in almost everything and my goal is to find it.

Lanza : The story behind the American Flag image?
Albracht : It was a Saturday in May 2015, and I was arriving late for an Asian Festival in Albuquerque, New Mexico.
The event was being held at the National Museum of Nuclear Science and History and by the time I arrived, it was almost over. What I thought would be a fun, relaxing, take-a-few-pictures experience now looked like a you-came-too-late-and-missed-it-all disappointment.
However, the Museum didn’t close for another hour, and since I’d never been there before, I decided to take a look around.
After a few minutes I came to a large room that housed the Atomic bombs – Fat Man, and Little Boy – the 1942 Packard Limo that transported
Robert Oppenheimer and the top scientists of the Manhattan Project as well as other historical artifacts. Then, in the back of the room, I saw an old tattered American Flag under plexiglass with a placard. It stated that this was the actual flag that flew at the Trinity Site Base Camp on July 16th, 1945, when the first Atomic bomb was detonated. I recalled the words of Oppenheimer as he witnessed the terrifying explosion -and quoted from the Bhagavad Gita:  “Now I am become death, the destroyer of worlds.”
I stood before the flag for several minutes. There was a small area on the right that held my gaze. It was the torn end of the stripes near the bottom. I did not have a pre-visualization about what to do, however my intuition kept guiding me back to this spot, so I began taking several shots with tight compositions. I didn’t know how these would evolve but I was certain that this area was the key and I would come up with an idea later.(Eventually this became the largest work in the exhibition at 84 inches, a triptych titled “Trinity”).
Over the next several months I created more than 30 variations, falling stars, spinning globes, and meditative spheres,  all abstracted from the American flag and the symbolic rising sun of the Japanese flag.

Lanza : You state that the series or work, Nuclear Abstraction, continues to this day––in what way? What are your plans for this work moving forward? What are you working on now?
Albracht : The initial exhibition consisted of 20 large, framed pieces and an additional 20 images that were displayed on a monitor.
In the last 3 years I have created another 15 images that are now a part of the series.
Lately my interest has turned to a Russian Mig-21 and I’m hoping to finalize this new work in the near future.
I continue to research the Manhattan Project and I have photographed Ground Zero at the Trinity Bombing Test Site in southern New Mexico.I am currently working on a book that will accompany the traveling exhibition.