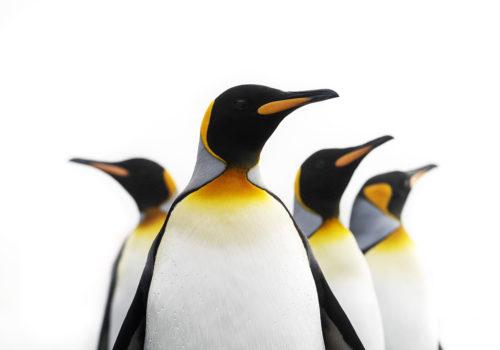 Clarendon Gallery, Mayfair, presents Beyond, an exhibition by the celebrated British photographer Harry Skeggs. Documenting a journey he made to the Antarctic peninsula, South Georgia and the Falkland Islands in the early Spring of 2022, this presentation is comprised of around thirty works and captures the dramatic landscape of the Antarctic, an area known as the ‘Polar desert’, as well as the wildlife that exists there and on the Sub-Antarctic islands.

In his own words, Skegg’s photography is ‘for wildlife as much as it is of wildlife’. Committed to only showing wild and free animals, Skeggs embraces the animals’ spontaneity as the guiding principle behind all his work. The purity of this approach means he is able to capture the moment when light, movement and the environment coalesce, showing nature exactly as it is. However, while dedicated to depicting the natural world without intervention, inevitably his photographs reveal the impact of human presence and climate change.

Skeggs says, ‘Half the photographs in the show I shouldn’t have been able to take. These places shouldn’t look the way they do given the time of year they were taken; the animals shouldn’t be behaving the way they are.’’ In this sense, he is conscious that his work is in danger of becoming not a document but a commemoration of a landscape that may no longer exist.

Images such as Between the Cracks, 2022, highlights this. Taken off the coast of Elephant Island it shows hundreds of chinstrap penguins congregated together. The tip of the iceberg on which they are standing tilts towards them as if it is about to collapse, bringing a sense of uneasiness in the mind of the viewer.

The photographer plans to add other works to the exhibition with additional shoots he will undertake in the months before its September opening. He is also curating a selection of earlier work dating back to 2018. This presentation will include his celebrated depictions of silverback gorillas, lion cubs, wild horses and giraffes.

Beyond will be accompanied by a half-hour long film that documents his visit to the Antarctic peninsula, as well as to South Georgia and the Falkland Islands. Made by the production company, Inspire Film, it explores the artist’s photographic practice. The film, which is sponsored by Nikon, Oportfolio, Gitzo and Nordic Life, will be presented at the May Fair Hotel before being released on streaming services. The film’s charitable partner is WWF UK and a portion of the proceeds will go towards supporting the charity.