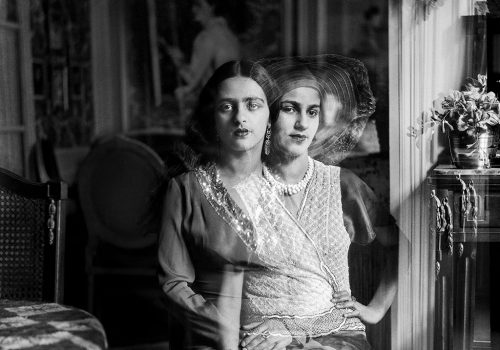 The tenth edition of Chobi Mela, the most prestigious photography festival in Asia was launched on 28 February 2019. In a press conference held at Drik Gallery in Dhanmondi, Festival Director Shahidul Alam and the curatorial team updated the media on the upcoming festival programme. The festival  started with an opening rally from Pathshala South Asian Media Institute, following an inauguration ceremony at Chhayanaut Auditorium.

Chobi Mela X brings an exciting list of events this year. The theme for Chobi Mela X is ‘place’. Curated by ASM Rezaur Rahman, Munem Wasif, Sarker Protick and Tanzim Wahab along with the guest curators, the tenth edition of the festival was more intimate, with all venues situated in  the Dhanmondi area. The Drik-Pathshala under construction building in Panthapath is the main venue along with Drik Gallery at Dhanmondi and Panthapath, the Goethe Institut, Gyantapas Abdur Razzak Bidyapeeth, Britto Arts Trust and the Alliance Française de Dhaka. Artist’s talks, panel discussions and curated slideshows were organised at the Goethe Institut. An excellent selection of films were screened in the Alliance Française de Dhaka auditorium. Pathshala South Asian Media Institute is the educational venue where workshops and portfolio reviews were held.

This year’s event featured 33 exhibitions with works from 44 artists spanning 21 countries. This diverse range of exhibitions include ‘Nicaragua in Time’ by the American documentary photographer Susan Meiselas, based on the Nicaraguan revolution of the late 1970s; ‘Archives of Persistence’ – a series of different projects consisting Bangladesh Garment Sromik Samhati, the Kashmir Photo Collective, the Jag Chobi Collection and the Burj al-Shamali Collection, all which emerge from places of conflict and transition; putting emphasis on the production, compilation, reminiscence, physical existence and social responsibility of archives in global context. One of the vital exhibitions at the festival is ‘Rashid Talukder (1939-2011): A Life’s Work’, based on works by the Late Rashid Talukder, one of the legendary photojournalists of Bangladesh. The exhibition portrays a priceless visual documentation of Bangladeshi people’s history of independence – starting from the early 1950’s language movement to 1971’s liberation war and many other images of ordinary lives.

The festival hosts 8 workshops by prominent photo practitioners from around the world. The workshops cover a variety of topics, from photography to photo-book, documentary films to transmedia visual narratives. There are more than 10 artist’s talks including talks by eminent writer Arundhati Roy, world renowned German publisher and bookmaker Gerhard Steidl, the Indian Bengali singer, songwriter and music researcher Moushumi Bhowmik, the pioneering Indian photographer and photojournalist Raghu Rai and many more.

Chobi Mela X has partly commissioned 13 Bangladeshi artists as Chobi Mela Fellows to produce site-specific artwork. To investigate the theme ‘Place’, artists from different backgrounds of painting, drawing, architecture, sculpture, photography, video, sound and installations will expand the possibilities of the medium and test the language of manifestations. These projects are nurtured with dialogues and guidance from the guest curator Zihan Karim.

The focus of Chobi Mela is to strengthen the exposure and access of less-exposed Majority World artists (Asia, Africa, Latin America etc.) that supports them in working towards change and prosperity. Shahidul Alam says, “Chobi Mela has and will continue to be about bringing people together and, more importantly, bringing them to Bangladesh”.

Mobile exhibitions on rickshaw vans have become a trademark of the festival resulting into an active participation of the masses. The mobile exhibition traveled all over Dhaka city including remote locations to create platforms for expression for people with low levels of textual literacy.