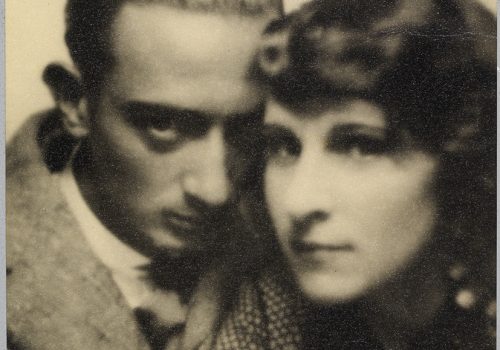 “Without Gala, I would be nothing, she is my oxygen, she is the one who discovers and brings me all the essences which I transform into honey in the hive of my mind.” Salvador Dali

The Château des Baux-de-Provence presents an exhibition of photographs, highlighting the personal and artistic journey of Gala, muse and companion of Salvador Dalí for over fifty years. For the first time in France and through some thirty large format photographs, the exhibition retraces the hectic life of Gala, a major figure in modern art.

An exhibition that resonates with “Dalí, the endless enigma”, an immersive digital exhibition of the Carrières de Lumières.

Gala, photographed by big names in photography like Man Ray or Cecil Beaton, surrounded herself with intellectuals and artists throughout her life. She will take part in the artistic turn of the first half of the 20th century.

Thejourney, through photographs of Gala and her entourage (Salvador Dalí, René Char, René Crevel, Paul Eluard, Max Ernst…) and reproductions of paintings by Salvador Dalí and Max Ernst, offers the visitor a free stroll through the life of Gala.

Some pictures evoke her childhood while others recount her relationship with Paul Eluard and the surrealist world. Finally, the exhibition reveals the Gala-Salvador Dalí couple, their life in Portlligat and their artistic collaboration.

Her face is immortalized in her husband’s greatest paintings such as Galarina (1945), Léda atomica (1949) and La Madone de Portlligat (1950). Some paintings are also signed Dalí-Gala or Galí, a contraction of their two names.

Gala takes part in the creative process of the works and, because of her unique personality, also takes part in the legendary notoriety of the couple. This notoriety was forged in particular through the photographic medium, which played a primordial role in the representation of the two lovers.

Among the women who have played a decisive role in the history of modern art, there is one who, by the sheer strength of her love and character, inspired the genius of three of the greatest artists of the twentieth century. . Her name is Elena Ivanovna Diakonova, but from childhood, and for life, she will call herself Gala.

Born in Russia in 1894, Gala would have pursued brilliant studies in Moscow if, at the age of eighteen, tuberculosis had not taken her across Europe to get an open air treatment. It was at the Clavadel sanatorium in Switzerland that she met the future poet Paul Éluard, of whom she was to become the muse and the first wife. Together, they participated in the birth of the avant-garde movements of the Dada movement and Surrealism and, in this effervescence, they attempted with the painter Max Ernst the hazardous adventure of a love triangle.

But it was another meeting that definitively sealed her fate when Salvador Dalí, a young Catalan painter, invited her with Éluard to visit his workshop in Cadaqués. He was ten years younger than her, he was very talented, very eccentric, like a child. Even more than a muse and a wife, Gala was for Dalí the embodiment of “Gradiva, the one who advances” *. She gave life and form to her unfulfilled desires by taking him by the hand, determined, maternal and voluntary. It increased his creative strengths tenfold and it was with her precious collaboration, which lasted more than fifty years, that Dalí produced a considerable work which remains among the most unique of our time.

Gala’s personality is made of shadow and light, elusive and controversial; the secret of this strong and visionary woman was perhaps never to have betrayed her own freedom.

in collaboration with the Gala-Dalí foundation