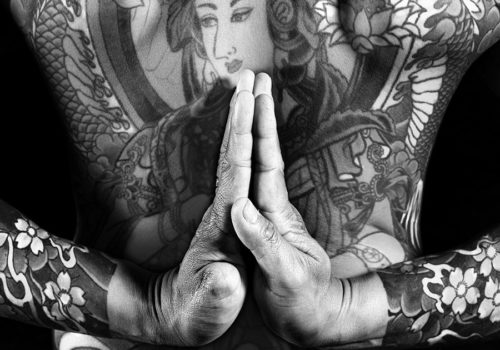 The Centre de la Photographie de Mougins opens its doors to the public with an exhibition by the Spanish photographer, Isabel Muñoz. Born in Barcelona in 1951, Isabel Muñoz has lived and worked in Madrid since 1970. Internationally recognized, she stands out for the use of extra-large formats and for her platinum prints.

Her first exhibition, Toques (1986), at the French Institute in Madrid launched her career. From then on, she expressed herself in individual and group exhibitions. Numerous awards and distinctions punctuate her career as a photographer: the Bartolomé Ros Prize (2009), the gold medal for merit in fine arts, awarded by the Spanish Ministry of Culture (2009), UNICEF Spain Awareness Raising Award (2010) and the Fundación DE ARTE award (2012). Recognized for her mastery of platinum printing and the originality of her approach, Isabel Muñoz received the 2016 photography prize from the Spanish Ministry of Culture. On this occasion, an important retrospective, “The Anthropology of Sentiments”, was organized at Tabacalera (Madrid). The European House of Photography (MEP, Paris), the New Museum of Contemporary Art (New York), the Reina Sofia National Art Center Museum (Madrid), the Foto Colectiana (Barcelona), like the Fundación Canal (Madrid) or the Cervantes Institute (Mexico City, Guatemala, La Paz, Shanghai) have the works of Isabel Muñoz in their collections.

In her first Tango and Flamenco series of 1989, the tone is set. Printed in platinum in very large formats, the photographs express this search for feelings, the consequence of a relationship of trust established between the photographer and the actors. The camera becomes the possible crossing to an unknown world, the passage to an intangible space and a new temporality.

The Centre de la Photographie de Mougins will show the recent work of the Spanish photographer: a series produced in Japan, the result of several trips. Most of them unseen photographs, both for videos and still images. The “1001” exhibition offers us multiple portraits which all retain the traces of their roots in an alternative Japanese culture, between respect for and going beyond tradition. In a surprising gallery of characters, we see the portraits of butoh dancers, the movement of dance transgression in reaction to militarism and Hiroshima. Several generations of dancers summoned by Isabel Muñoz express the proximity between suffering, beauty and death. We see, disturbing nudes of yakusas, we witness scenes of shibari. What is usually Japanese exoticism brings us closer to an immutable truth.

What does not change! What must not change in human diversity. Isabel Muñoz manages to guide the viewer as close as possible to the butoh dancers, as close as possible to the tattoos of the yakusas, in the pain and enjoyment of the shibari. Where one would not dare to go, where one cannot go. A deliberate confusion of still images and slow movements, the installations also evoke climate change and the permanence of the primary elements, water, earth …