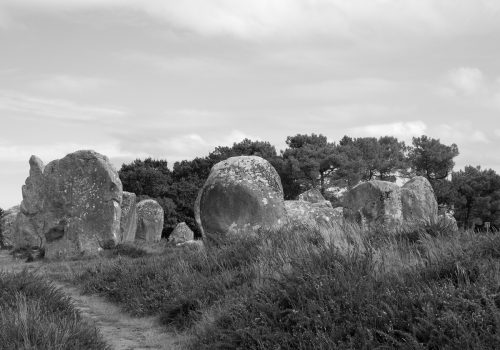 This book tells of the author’s encounters with figures and landscapes, photographers such as Cartier-Bresson, Doisneau, Boubat, S.Weiss, or the writer John Berger, or anonymous persons. Fez, Venice, Cairo, Carnac, Kyoto … are part of these moments photographed. Among the photos by the author we will also find some pictures of great photographers.

The angel of history (Yugoslavia, summer 1986)

In black and white, in the magazine, these are pictures of Kosovo refugees driven out by the Serbian army. Women have too big scarves that hide their hair. The dust of travel and fatigue accumulate in the folds of their cheeks. Crushed by the heat, the front glued to the windows and thighs to the plastic seats, the children wait. There are no men. Their death can be read on the faces of the living.

And besides, the dead follow: here is a litany of broken bones, white jaws soiled with dirt that the shovels have scraped in  the gardens of terror. It is for the humanitarian organisations to make the accounts: the number of deaths will be unthinkable, immense.

Other bodies follow: those that the torturers did not even bury but abandoned on the edge of country roads, in the ditches. Before the execution they tied their ankles and arms. One, aged, had pushed his socks in his shoes as children do at the pool. He has christic and skinny feet, deformed by walking, broken nails, a callus on his toe. These details are humiliating, terrible

But today my sadness does not bring compassion. I am as dead as the dead whose stench sticks to my skin.

At nightfall, in the greatest silence that follows these images, I roll backwards into a dream that embraces me and cradles me like a placenta, a thick mud

I am young, much younger. The world is younger, in its summer, full sun. My long hair caresses my neck, I sweat a little.

I see the hut, a thin smoke escapes above the roof made of braided thorns and hay. It’s on the island of Korcula, no doubt, or in Brač, at the top of the mountain, where I had a feast with Tito’s partisans, resistant of the Second World War.

Full of curiosity, waiting, I bend to enter the hut The interior is covered with soot or ash, a gray and soft powder coating all: the beams in front of the hearth, iron ladles and pots hanging from the ceiling, the long farmhouse table with thick trestles.

Behind the table stood a man whose face was free of powder. His square beard was black, his large blouse made of raw jute.

Piercing the stubble of the roof, a ray of sun crossed the hut obliquely. Between the painter and me stood a tajine dish, massive, terracotta, covered with gray powder.

I lifte the tapered lid: Inside, convex, perfect, lying on a bed of saffron rice appeared the stew of mutton with slivers of almonds and peppers, aubergines and tomatoes. Steam rose with the sumptuous colors, the sweet-sour scents of spices that wet the palate. We sat down.

I woke up delivered from the images of death. A ray of sun fell oblique on my face. I touched on my side the torso of my lover.

The round dish is the lens to see the world in color.

This is the last reportage I made in Europe, but I did not know it would be the last one. It was thirty years ago in the country that then bore a name: Yugoslavia.

In Zagreb Petar Dabac, a photographer friend, advised me to go to Istria. He showed me photos he had taken last autumn at the time of the grape festival. But he could not be with me: I would have do text and photos.

While renting the tiny Fiat I bought a road map, but I quickly realized that it only reflected the optimism of a five-year plan interrupted: the roads stopped dead, often at the top of a hill. Most gas pumps and garages only existed on paper.

The car broke down in Sveti Petar U Usumi, Saint Peter of the Woods, on the square of a very small village, in front of a beautiful yellow but rather dilapidated baroque church. In a niche on the façade, Saint Pierre opened the folds of his cloak. Two children were playing football under an old plane tree, an old woman was sweeping the leaves on the steps of the church.

She welcomed me while her nephews and neighbors ran to find a spare tire and gasoline. As distractions were rare in the village they made it last. That night I slept in a large carved bed, between her embroidered wedding sheets, which had not been out of the closet for years and smelled of starch and apples. Nevenka had been a widow for a long time. She knew a little German. She had a beautiful smile.

At the time of the farewells I would have liked to be alone with her. I thought she wanted to tell me something. But a curious neighbor remained planted there, her feet in the dust. Finally Nevenka asked me to send her a watch from Ljubljana: she had never had one. I promised. Something else? She said no in a way that means yes. I do not like goodbyes, I started.The stone crucifix receded, the fountain, the facade of the church, but it seemed to me that it was I, motionless on the road, who was waving an arm in slow motion.

The colors of Istria still blaze in my memory: yellow gold peppers hanging in braids on medieval doors, blue-limed walls with family photos, gray and pink arches, clear streets, small fortified towns wrapped in their enclosure white as a sea conch, square cemeteries, populated with giant butterflies, stones with erased names, girded with blackened ivy bracelets. The silence was deep, soothing, a deer sometimes came to graze close to me and then fled. It was like the beginning of the world.

The angel I remember, on an eleventh century fresco poorly lit by a candle, did not carry these iridescent wings, as grandiose as a rainbow, which one sees on the shoulders of his Tuscan and Umbria brothers. These wings were pointed, red, and brown like those of a chicken farmyard. He looked cold and a little twisted – a kid caught doing something stupid. His wings enveloped him like a scarf. He was hovering under the low vault. His features were surely those of a kid from the village where this unknown painter lived nine centuries ago.

I was moving away from Sveti Petar. By cross roads I traveled dense forests with large grey birds flying over. I went back down into man-made valleys. With dry stone walls, olive trees, sunflower fields whose hearts and petals turned towards the road as towards an attentive audience. In the fields, at the corner of the hedges, huddled tiny conical stone huts, like the Provençal bories: kazuns where the peasants took refuge in the event of a storm. Species of scaffolding with grass roofs hoisted on stakes served as hay sheds.The storm was announced in a purple sky. Near a path lined with mulberry trees, under an oak tree, a peasant who took shelter had left a wicker wheelbarrow. On a bed of cabbage leaves were squash, watermelons and melons stained with clear water. A small billhook was planted in the scarlet flesh of a watermelon, like a sun injury.

A little further I passed a ceramic factory and a chalk quarry. All around, the leaves, the trunks, the grasses were entirely whitened by the powder, which discolored an entire part of the landscape. The windshield was immediately covered with white droplets. I was driving in a fog.

I poured water from my bottle on the windshield. I was crying. The idea of ​​finding the big city, hordes of tourists and Zimmer Schnitzel panels horrified me.

From Mostar to Sveti Petar U Usumi all these villages of Istria must have been destroyed. The rivers carried blood and dirt and under the blackened oaks the roofs burst like eggshells. I imagine wedding photos with broken glasses in the rubble, the frightening silence that reigns after a massacre, the fear of the other, the hatred.

The heart of Europe had been thrown to the dogs.

Where are angels wandering without churches?

I did not want to go back to former Yugoslavia.

The grandchildren resembled those of the Muslim neighbours. They fished together at the river for supper. At the harvest, at weddings, they played these sour music where the joy becomes like a heavy Sunday petticoat.

I look at the last picture: letters, family photos stained with dirt, in the middle of the rubble of a country house. The world is black and white, infinitely old, made of fragments of ruins and rubble. If he turns around, the angel of the story will cry.

I think of you, Nevenka, your dark scarf too big for your face. I hope that they did not cut off your hands for your worn out wedding ring, and the new Ljubljana jeweler’s watch, with its golden bracelet.