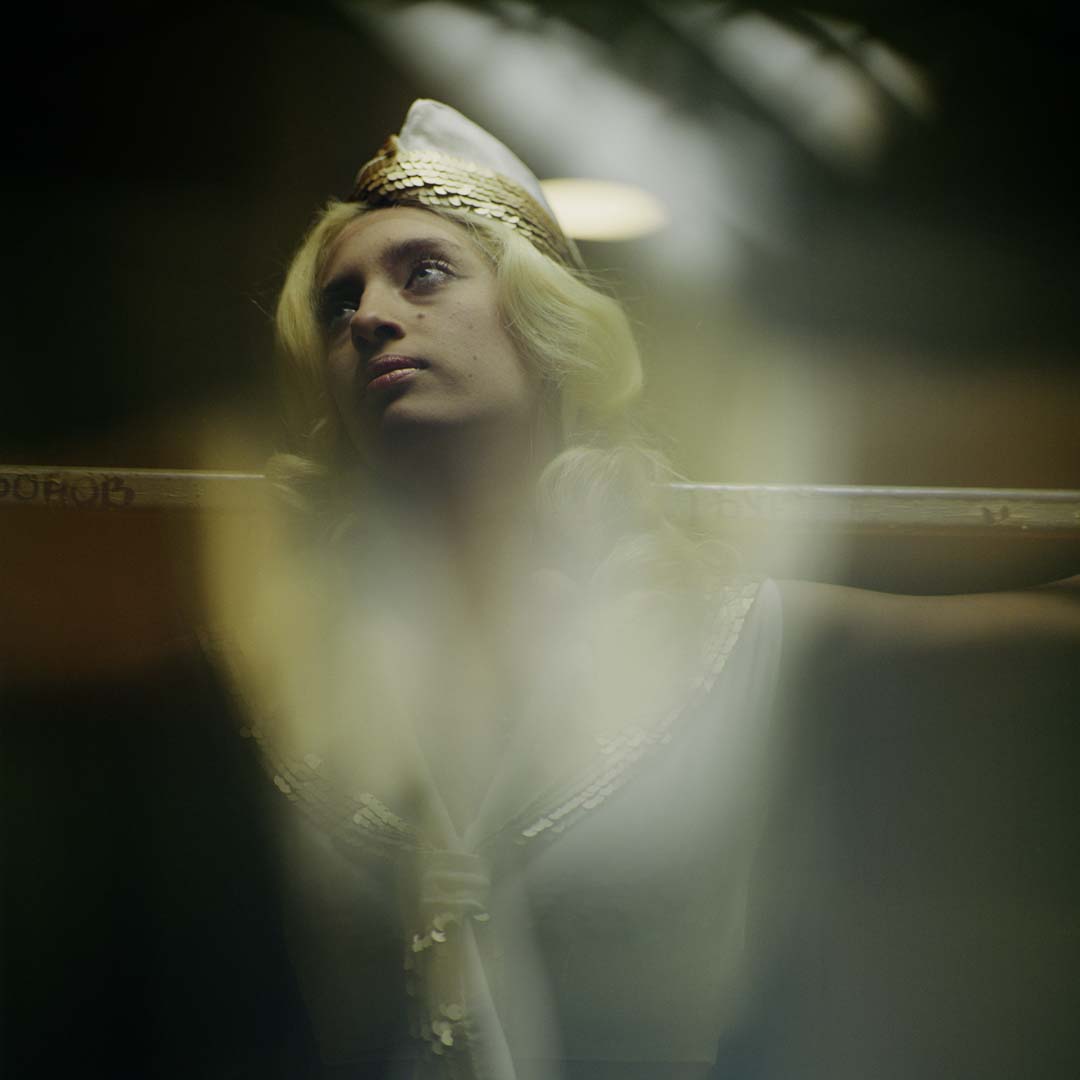 The Bolshoi Theatre, guardian of the souls of marvelous ghosts, is an institution that lends itself to many dreams and fantasies. Everyone knows of its reputation. The more zealous know its history, and the stories behind The Story that took place there, the issues and incidents it was the object of. The « aficionados » were witness to unforgettable moments of theatrical art, of which the Bolshoi is one of the great temples. The Bolshoi Ballet for those who love dance, is one of the institution’s most illustrious emanations. Muses spring forth from its very name, and the profusion of stars that illuminate our inner skies light up, one by one. So many great creators have dazzled the world from within its walls. Even so, it remains a secret place. The truth is no one really ever knows the phoenix that is the Bolshoi.

At the time of Bruno Aveillan’s photographs, in March 2010, Die Fledermaus, an operetta by Johann Strauss, is the preoccupation of all the artists and employees of the Bolshoi, then under renovation. This work by the Viennese composer entered the Bolshoi’s repertory for the first time in its history. Two days from the historic opening night, La Chauve-Souris haunts them in the only way possible. Completely. Each one of them is extremely aware of being a link in the complex and precious chain, the fragility of which cannot suffer imperfection. The effervescence mounts, they are all linked to one another, and yet each being has withdrawn into itself, their roles take up all their inner space .

This superhuman effort unfolds, imperceptible, invisible to the non-cognoscenti. And yet the inner energy is diffused from link to link, from the depths of every soul present, resonating chords, from echoing music and song, all around and on stage, in the upper floors, the corridors, the passage ways, the make-up rooms, the dance studios. The metamorphosis takes shape. A privileged guest to the rehearsals, Bruno Aveillan has extracted their very substance.