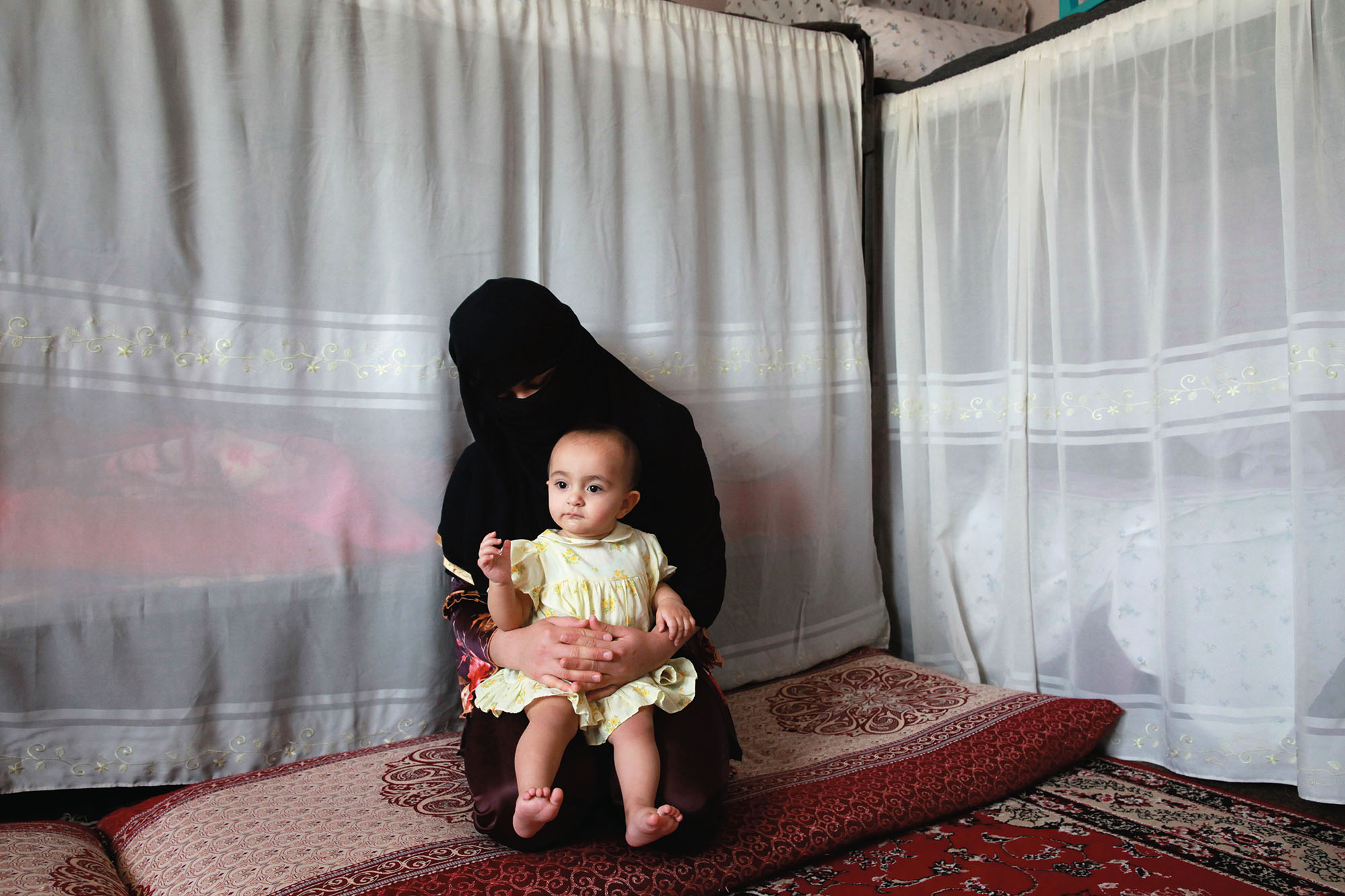 Over the course of four years (2010 – 2014), Polish Canadian photographer Gabriela Maj travelled throughout Afghanistan to collect portraits and stories  inside the country’s women’s prisons, including the most notorious penitentiary for women, Badam Bagh, located on the outskirts of Kabul. Maj’s Almond Garden (Daylight Books, Spring 2015) is the largest record documenting the experiences of incarcerated women in Afghanistan produced to date.

The majority of the prisoners Maj documented were incarcerated for what are known in Afghanistan as “moral crimes,” a term to describe the ways a person may be accused of “zina,” or sex between two people who are not married. The offenses these women were accused of include running away from forced marriages, being sold into prostitution, domestic slavery, physical violence generally conducted by their husbands,  rape and involuntary pregnancy. Being an independent female photographer enabled Maj to gain extraordinary access to her subjects with whom she established  rapport and trust, visiting with many of the incarcerated women featured in the book over the course of multiple visits.

Maj writes in her essay in the book, “As a solitary female photographer, accompanied only by an Afghan interpreter, I was frequently left alone in the prisons once our guard escort tired of monitoring me … My sense was that unaccompanied by any security, a woman, albeit a foreign one, was not considered a threat.” She continues that, “being overlooked in this way became a strategy that ultimately exposed the context within which I was working, one where women’s narratives were considered irrelevant to the power dynamics that ran the country.”

Another advantage Maj enjoyed was her Polish passport. Many Afghan prison and government officials intent on denying her access to prison facilities would express a kinship with her, after learning of her Eastern European heritage, based on Poland and Afghanistan’s shared history of Soviet oppression.

Maj’s subjects are generally photographed alone or with their children who are often incarcerated with them. They confront the camera in the manner of their choosing, directly and in a variety of stances ranging from serene to challenging. The wide angle compositions place each subject within a larger environment providing the viewer with hints of her personal space; tattered lace curtains hang in the corner of a cell, family photos are taped above a bed like posters in a teenager’s bedroom, patterned polyester carpets cover the floor of another, and a bouquet of plastic flowers stands grey and dusty on a wooden shelving unit.

The bright colors of the women’s clothing, the colorful fabrics that decorate their cells, and the absence of prison bars, guards, and other imagery we associate with prison life in the West, belie the difficult living conditions and suffering endured by these female inmates, many of who enter prison in traumatic emotional and physical states for which no psychological treatment is available within the facilities. Often times rejected by their families, these women’s situations can become grave after they are released. Without the protection of their relatives that spurned them, they are often in very real danger of being killed or tortured unless they are able to seek refuge in a women’s shelter.

Maj’s untitled portraits are followed by the stories of the women that describe the circumstances that resulted in their conviction and incarceration. Maj introduces this section with a statement that the women’s names have been changed to protect their privacy and their stories have been deliberately separated from their portraits. Each entry leads with the offense that the woman is accused of, her age (or estimated age range if age is unknown) and the length of her sentence. Separating the portraits from the stories allows for a record of the experiences of this group of individuals to be made without any of woman being defined by the crime for which she is imprisoned.