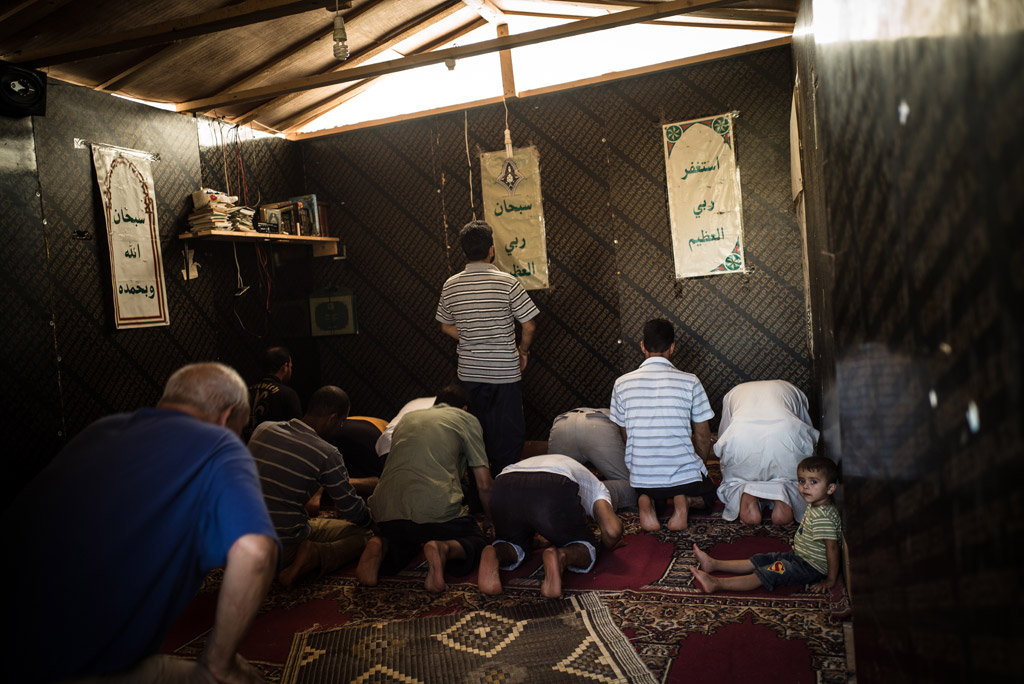 As the war in Syria drags on and attention is drawn elsewhere, more than 3.2 million Syrian refugees have fled into neighboring countries, including 1.2 million to Lebanon. Their situation has only worsened with time. The organization Première Urgence, Aide médicale internationale is hoping to raise awareness and funding in response to the crisis. To that end, they have sought the help of the humanistic and sensitive photographer Edouard Elias.

This name may mean little to you, but the 23-year old French photographer has already traveled widely, much of it in the Middle East. His photographs, free of pessimism, are shot with a wide angle and the desire to “take a step back,” says Elias. For two weeks, he accompanied the NGO’s teams on the ground. Although this differs from his usual “lone wolf” method of working, Elias acknowledges the advantages of working with an institution. “You need time to be accepted by a population, especially refugees,” he says. “You’re taking something from people who have nothing. It weighs heavily on me. The teams spend every day with the refugees and the refugees trust them.”

The exhibition Exiles syriens (Syrian Exiles), shot over the course of two weeks, is divided into four themes: housing, health, education and daily life. A few are spacious landscapes showing Lebanon and illustrating the different environments in which the Syrians find themselves. Life can be seen in Elias’s photographs. A hint of sadness is felt in the grey interiors of the houses with walls weathered by time, in the expressions of the men, women and children who call out to us through the lens. The wide angle allows the viewer to take a step back while drawing close to observe details: children playing, mattresses and laundry hung to dry in the glassless windows of the Ouzaï group shelter, a university under construction where a hundred families have lived since 2012. The photographs make sense as a set, unlike the unique, emblematic images sought by the daily press.