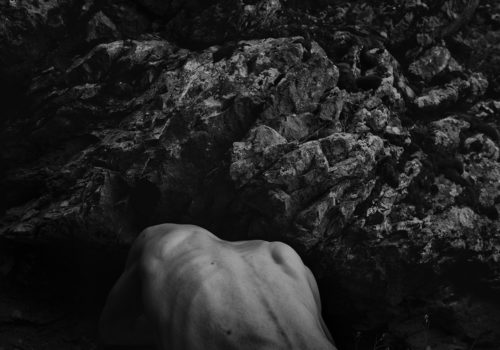 My main concerns are dialect of body, femininity inside human and outbreak of identity with the use of photography and video art. During this time, identity and body dialect have been my major subjects in my different series. Dialect which does not require a language, dialect that if any human frees him/herself to the level of reaching subconscious, his/her body language will automatically speak. Body language can even be an expression of human’s hidden identity and this can be the reason to eliminate gendered borders and exhibit humans’ hidden (sexual) attractions.

Photography of dance or any other body art, is my real passion.

In other words, I am looking for the Anima inside anyone as Jung have talked about.

The relation between human with the immediate environment (place) takes a direction in which, human dissolves in the place and becomes an integral constituent. The two continue to amalgamate the borders to the point where even the place molds the human by new patterns.

A person is uniquely associated to his geographical navigation. Whether conscious or not, this seamanship affects human behavior; his interaction with the geographical surroundings de facto goes through a process in which his subconscious is formed by his lived geography. Additionally, human is not merely influenced by a place, he himself becomes an active agent and dynamically interplays with it. With all these assumptions considered, human’s subconscious buried chaos and cavities are precisely rooted in falls and fractures of the earthly context. As a matter of fact, human percepts the location, reprocesses it with his previous mental image to the extent he unites with the geography and as the observer (the human) is seesawing with the observed (the place), a third perspective i.e. photograph is assembled.

In a world where petrifying images of war, invasion and social conflicts are portrayed before our eyes day by day; where exotic subjects allure the artists to speak art, exploiting a keen and cautious view, Babak Haghi seeks his reality by exploring his surrounding geography. He takes long enough to reach out for his own reality through nostalgic labyrinth. In his previous series, “Those Bright Days” (2016), “The Twelfth Strike” (2017), Haghi finds himself at a bizarre distance from his past. When those days stay a remote fantasy in a rather blurred background, while as a photographer, he premeditatedly tries to shove them back. He liberates himself from nostalgia and within a delicate Animatic composition of utterly white and bright background shaded by somber and bland colors, he discerns an abstract poetry. Nevertheless, the present series “Between Moment and Soil” is a rise from a prolonged labyrinth. An audacious yet peaceful confrontation with reality.

A place where body becomes nature and nature integrates with life; where gender clichés are blown away by figures united with their essence. An elegant Animatic performance interwoven with an either amiable or overly harsh context. In this series, Babak Haghi makes peace with his geography where he steps far from that mingled photomontage cocoon and previous pale abstracts while a fluid dialectic begins flowing – human as a natural being and nature as a matrix for existence – and this boundlessness yields in a deed-like record, naked like his own nature.