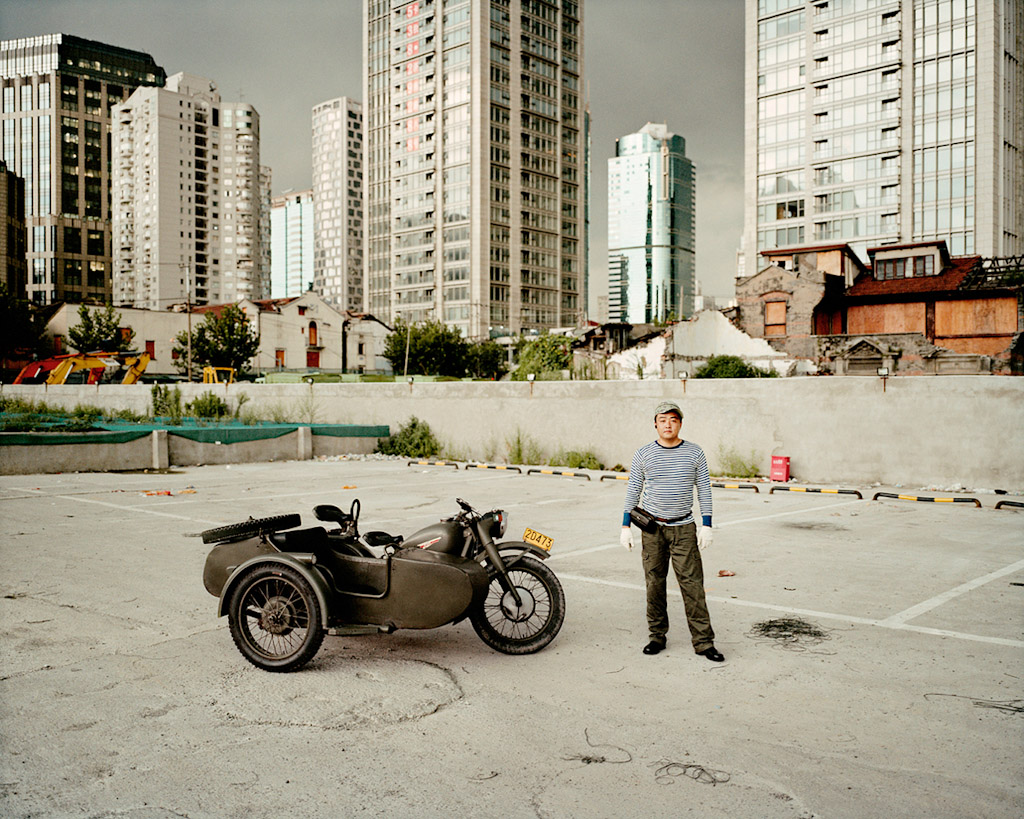 Where does your photography come from?
Aurélien Chauvaud : My work is a mixture of art and documentary photography. I like to project my imagination onto real-life situations. I worked as a fashion assistant for a while, so aestheticizing things is in some ways part of my photographic “language.” Over time, I have been able to construct a world halfway between my interest for people and places, and my desire to produce photographs that are as aestheticized as they are unexpected.

What is the decisive moment for you?
A.C : When I feel like I’ve found a perfect match between my subject, the light and the emotion emanating from the scene. There’s a moment where everything is in its right place.

What inspires your work?
A.C : I like contemporary photography as much as cinema, painting, architecture, music, pop culture, television, comics. Really, I like everything around me. I’m like a sponge. Anything can be an inspiration.

What is the link between your commercial work and your artistic work?
A.C : I try to make sure that there’s little difference between them. My personal work has allowed me to define what my photography is and isn’t. In my commercial work, when I get to shoot someone whose world fascinates me, I don’t distinguish between the two.

What’s a bigger priority for you: a large ad campaign or a gallery show?
A.C : Both! I would love to exhibit my photographs in large format. On the other hand, I take great pleasure in working with a team. I like to put myself at the disposal of a client, developing an aesthetic and making it respond to their vision of the product. Of course, an ad campaign would also help me produce more personal work!

What trends do you see in photography today?
A.C : It’s hard to say. There are so many different photographic “languages” that it’s difficult to name any single trend. I think that the American ‘Cool School’ is on a lot of photographers’ minds. And mine, too! But maybe that’s outdated now.

Born in Paris, Aurélien Chauvaud completed his formal studies between France, England and Barbados. He is a graduate in photography from Blackpool College, Lancaster University, UK. He has assisted internationally renowned fashion photographers before starting a photographer’s career of his own. Aurelien’s work is about projecting imagination upon existing situations. He’s interested in producing images at the boundary of documentary photography and a world of his own. He is very much interested in the profound relationship existing between people and places. His work has been selected in competitions such as the AOP Open in the U.K, the Kodak Talent Bursary Award in France, The Jen Berkman Gallery competition award in New York, as well as in the Bill & Melissa Gates Foundation Photo Award.