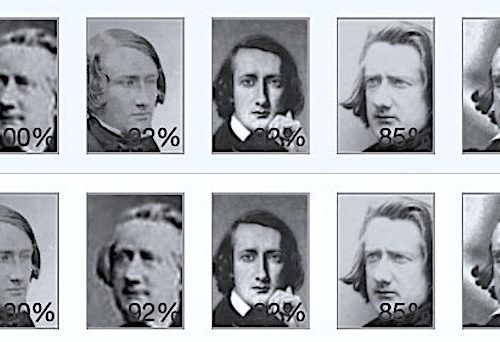 ATELIER 41 call for informations on early selfies, preparing a thematic issue with investigations about the possible earliest photographic self-portraits, covering the first decade of photography, 1839-1848

CALL FOR Informations. Since the proclamation of the invention of photography, most operators were curious to see the proper reflexion in the silver eye. But not all those reflexions were kept or properly transmitted. During the first decade of photographic fever, 1839-1848, most self-portraits were on daguerreian metallic plate and a few on paper. Identification and datation are interesting challenges, fifty investigations will be disclosed during the next Biennale di Senigallia, Summer 2023. 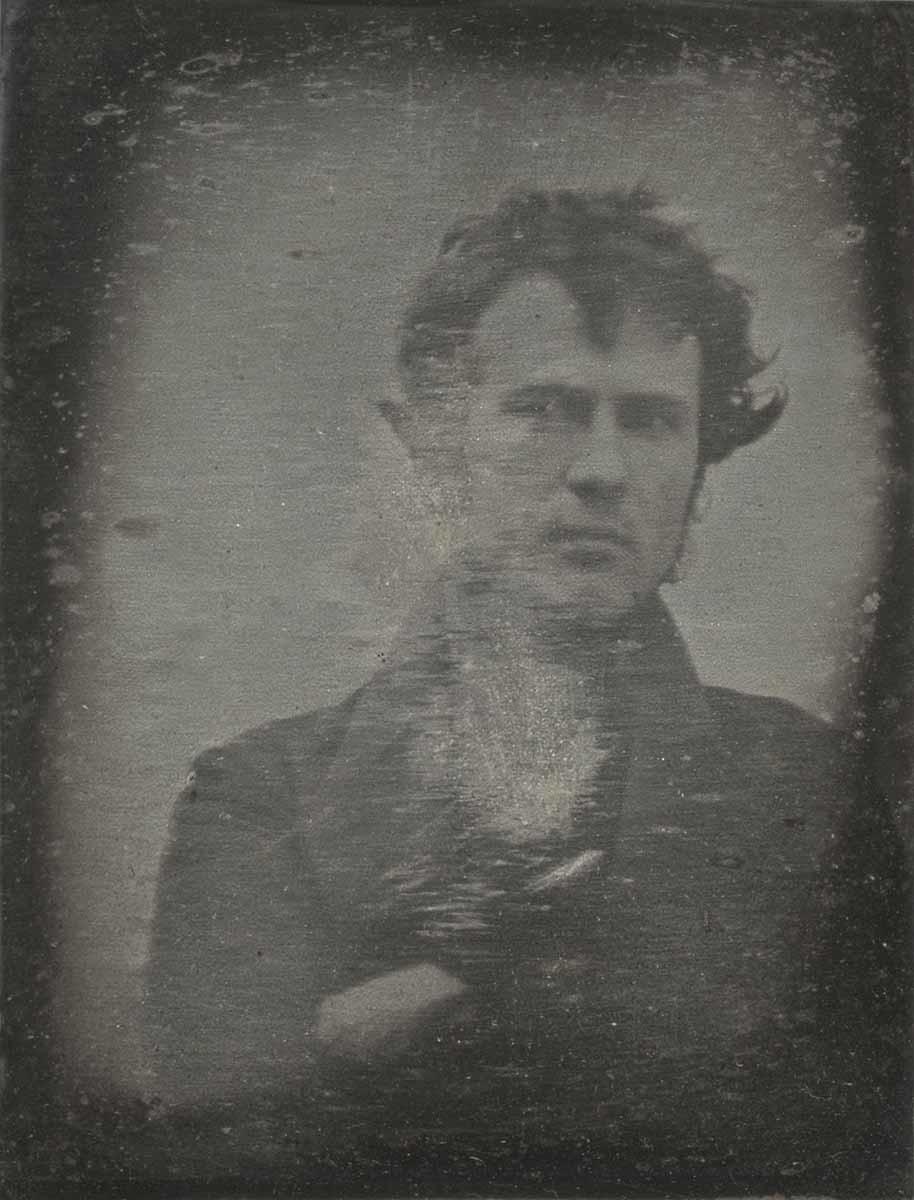 “Around October 1839, at age 30, Cornelius took a self-portrait outside of the family store. The daguerreotype produced is an off-center portrait of himself with crossed arms and tousled hair.” (access link to Library of Congress page)

France proclaimed the invention of photography, but the USA invented the selfie. This Cornelius’s daguerreian plate is considered the first photographic self-portrait, nevertheless the following candidate still has supporters: 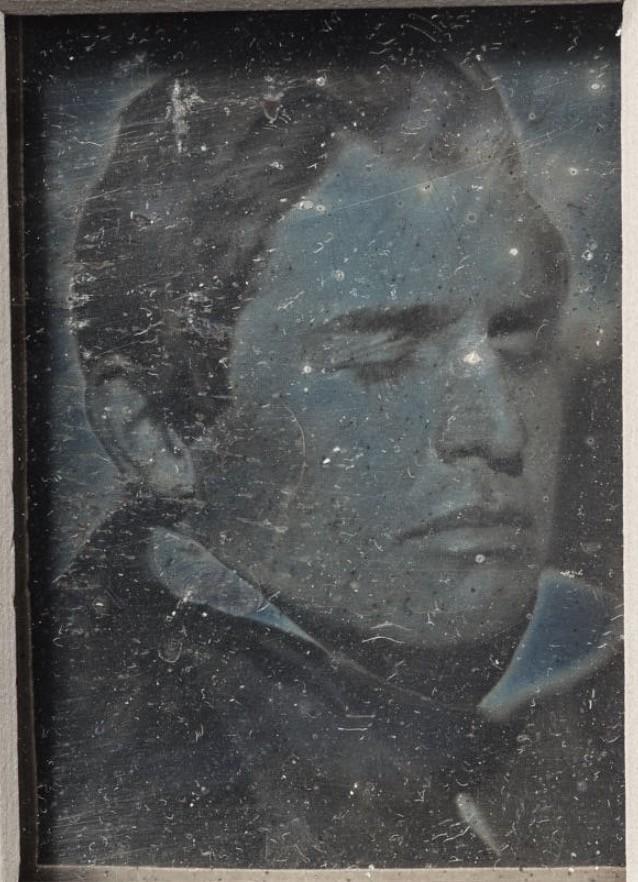 Intensive research in America documented this plate, first mentioned in Henry Fitz father’s diary in early 1840. “Fitz prepared the copper plate used for the daguerreotype in his workshop using a hammer on a polished anvil, and sealed it in a brass frame.” (access link to Smithsonian) 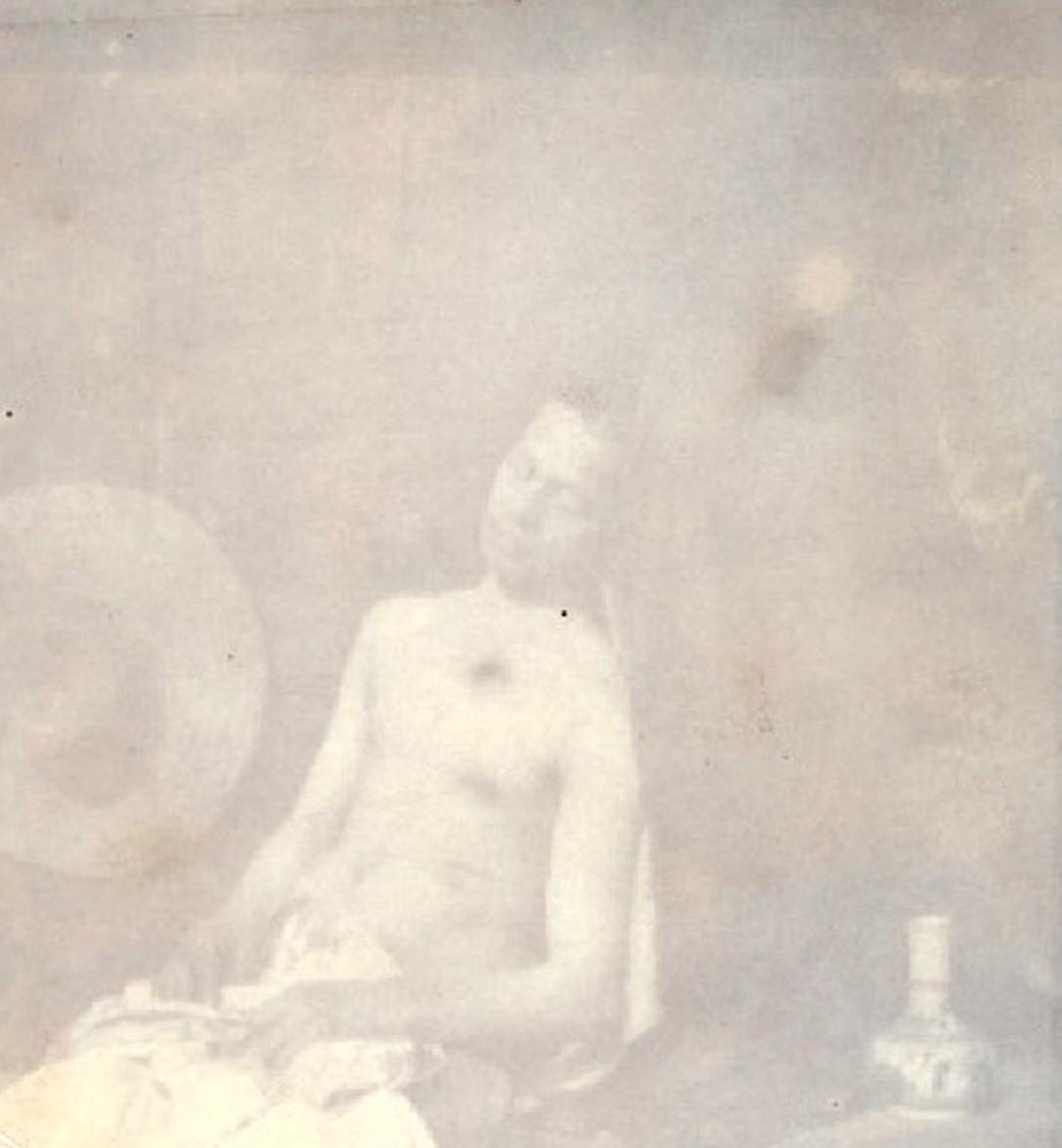 The date is on Bayard long caption on reverse of one of the three versions of the selfportrait kept a the SFP, translated: “… the corpse of the gentleman you see below is that of Mr. Bayard, the inventor of the process you have just seen and whose marvelous results you are about to see. As far as I know, it is about three years since this ingenious and tireless researcher was busy perfecting his invention. The Academy, the King, and all those who saw his essays, which he found imperfect, admired them as you are admiring them now. This did him a lot of honor and did not cost him a penny. The government, which had given too much money to Mr. Daguerre, said it could do nothing for Mr. Bayard and the unfortunate man drowned! Oh! instability of human things! The artists, the scholars, the newspapers have taken care of him for a long time and now that he has been exposed in the Morgue for several days, nobody has yet recognized him or claimed him! Gentlemen and ladies, let’s move on to others, lest your sense of smell be affected, for the gentleman’s face and hands are beginning to rot, as you can see…” (Access link to SFP page)

In 2002, Tania Passafiume published the re-creation of Bayard process on paper and exposed several issues about the different aspect and quality of the Le Noyé( the drowned man) series. (access link the the French translation of her article) 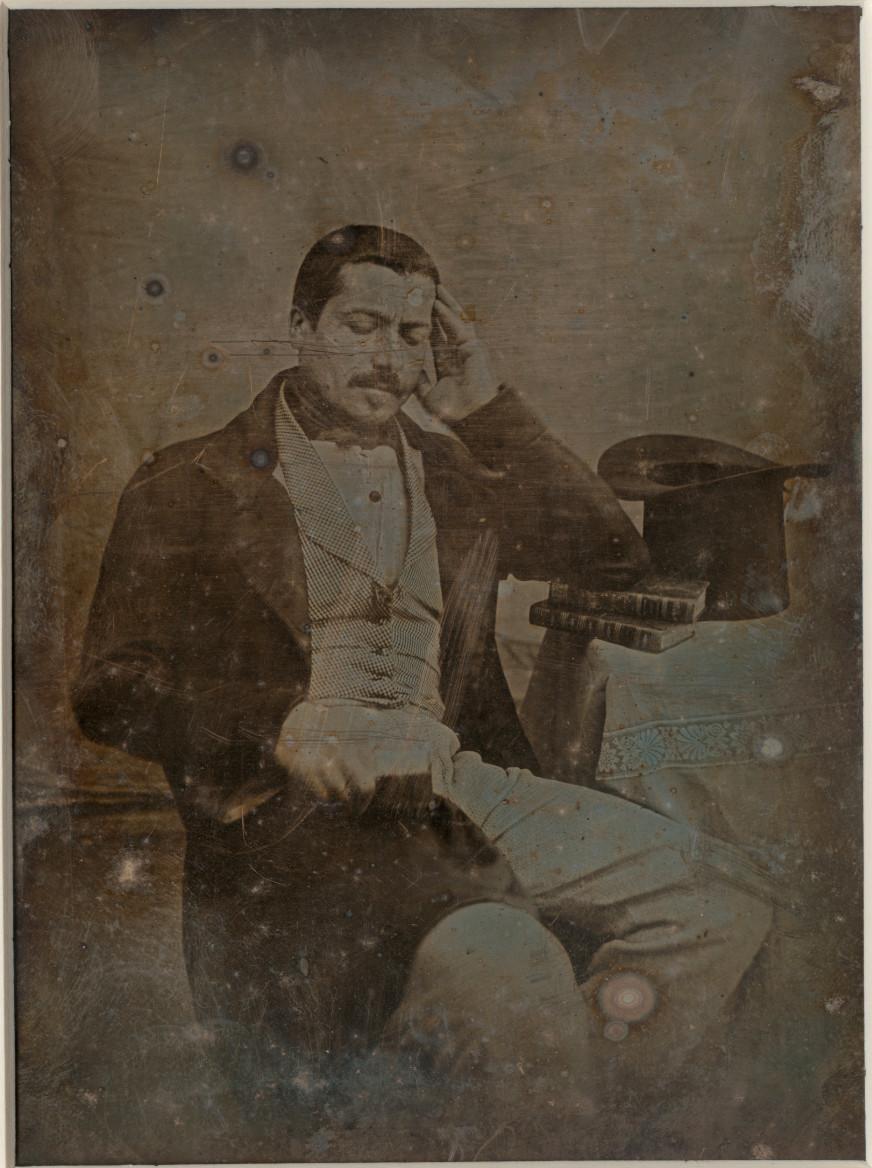 This plate was found 60 years ago in Petiot-Groffier photographic Laboratory, where 30 years later a long manuscript letter sent by Richebourg to Petiot-Groffier was unearthed, giving many important details, finally published in 2009: “According to my promise, I enclose my portrait made at 1 o’clock in the afternoon on Thursday, July 1, 1841. In 7 minutes in the shade by a weather too bright to allow me to open my eyes… This gives it an unflattering aspect because I look very unkind. I have placed several catalogs so that you can get acquainted with all that is necessary in the exploitation of science. Don’t forget to mark if you have to write everything in English.” (access to the publication online) 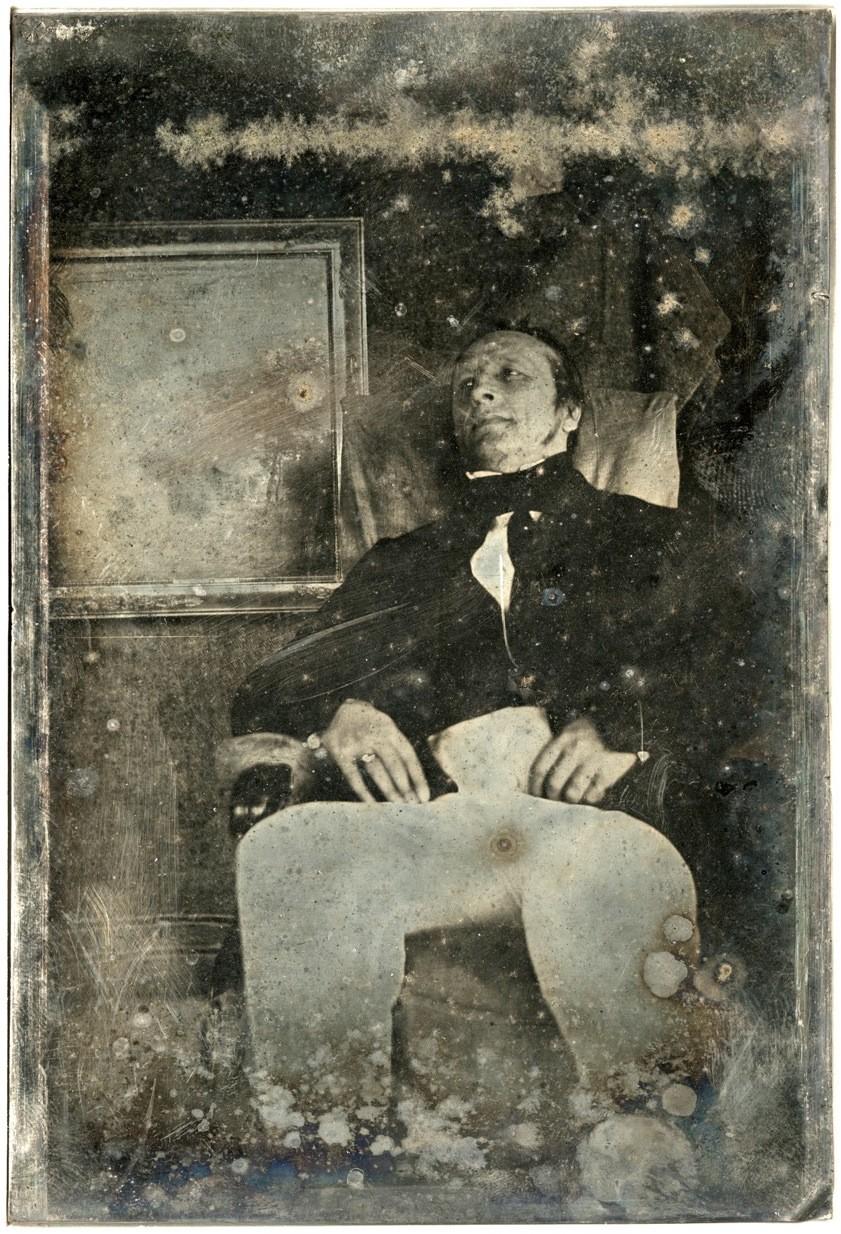 This is a singular self-portrait of somebody who knew Nicéphore Niepce. We can see somebody who saw him. Very interested by his invention, Petiot made two attempts, primarily in 1841 with the help of Richebourg, then twelve years later with the directions of Ferrier and Baldus. The identification was confused for fifty years, outlined in the right direction after an advice from Mr. Lesage, getting close when some peper portraits of an older Mr Petiot became accessible. In a logical way, Petiot-Groffier had followed Richebourg instructions after receiving his daguerreian selfportrait, eyes closed. (Access link to Artus auction catalogue) 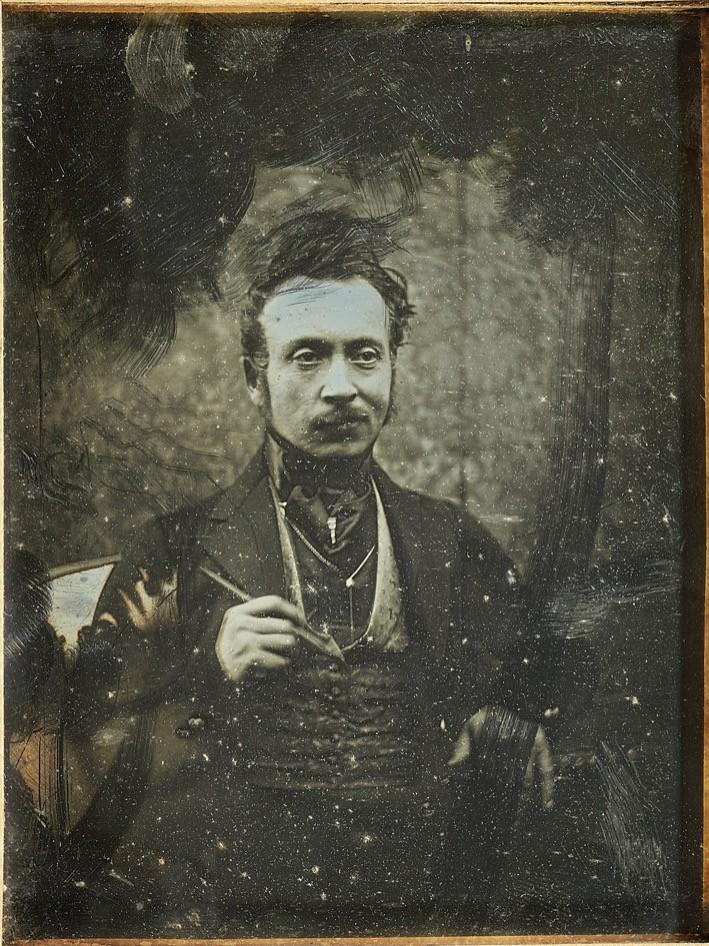 Several close variant daguerreian self-portraits of the same pose exist, one at Bibliothèque Nationale. “Girault de Prangey was introduced to the daguerreotype in 1841, probably in Paris. The first daguerreotypes he made and printed on plates that year were indeed views of Parisian monuments: Notre-Dame cathedral, Tuileries, Saint-Jacques tower, and the fountain of the Château d’eau. Unfortunately, due to a lack of documents, we do not know from whom he took lessons; we can at least assume that Hippolyte Bayard, a friend of Jules Ziegler, could have been his initiator…” (Sylvie Aubenas, La redécouverte d’un précurseur, INHA) 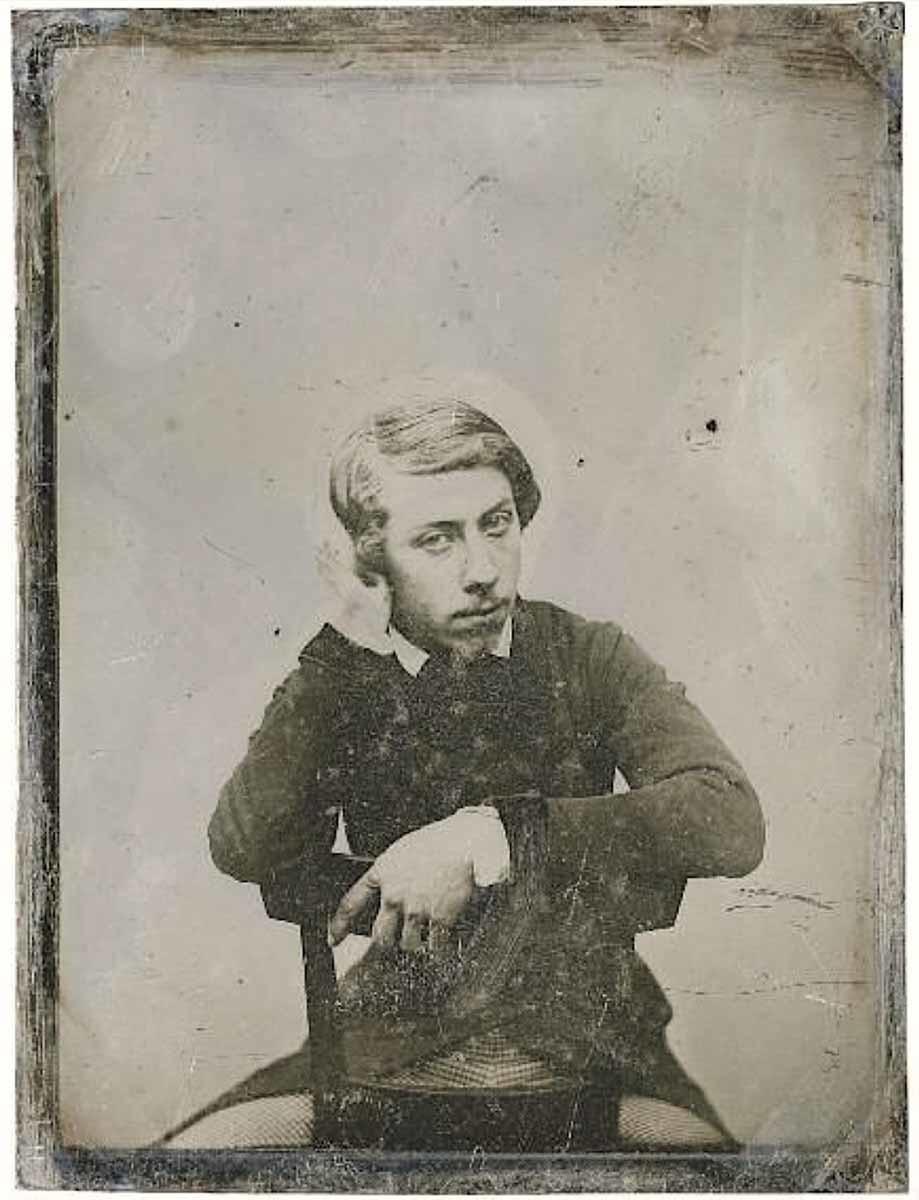 Stanislas Ratel and his close friend Charles-Isidore Choiselat (1815-1858) made many early daguerreotypes of Paris, starting 1841, also a number of portraits of themselves, which can be compared to selfportraits. 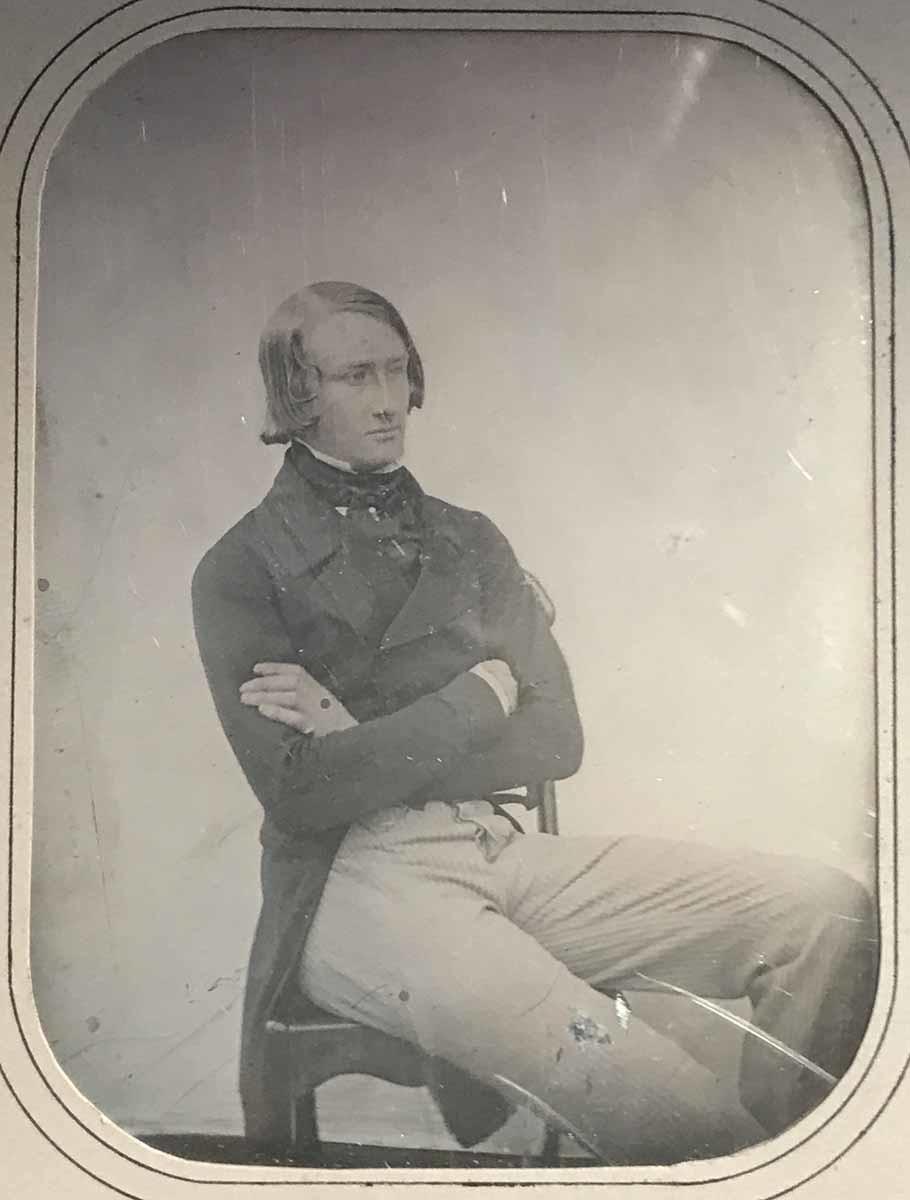 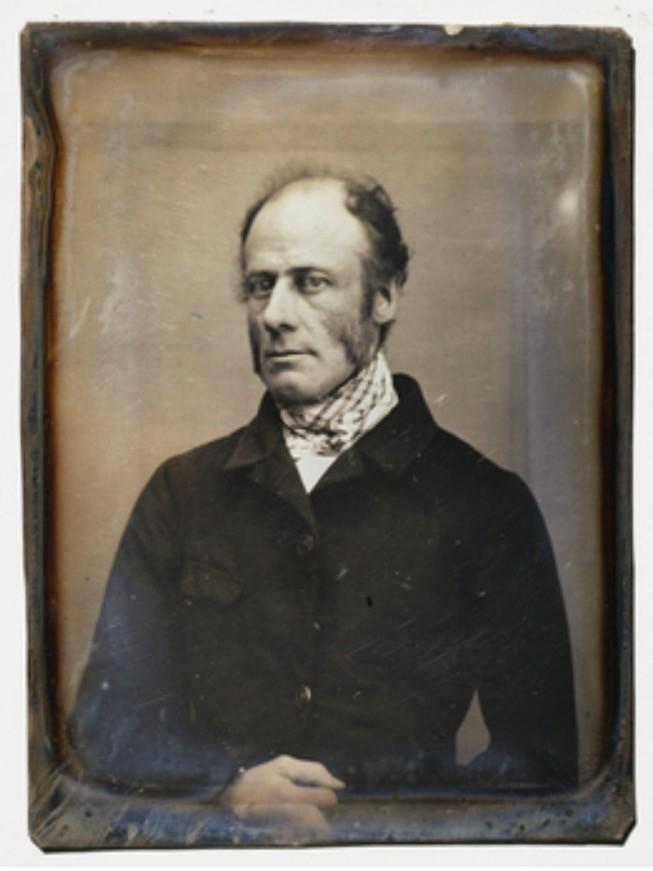 Stapfer was a wealthy amateur, a friend of Mérimée, one of the first operators of the daguerreotype, who was never discouraged by the obstacles encountered by the new invention. This letter of August 14, 1841, written by Mérimée to Stapfer, has been found: “My dear friend, I am more than half discouraged by the daguerreotype, for yesterday I was shown views of Damascus and Saint-Jean d’Acre so ugly that they look just like Pantin. I am also told that it takes a month of practice to learn to use the instrument. However, I will try to see you tomorrow before one o’clock to discuss it with you. Don’t wait for me a minute past one. I have so many worries to be left behind that I am not master of my time. Farewell, my dear friend, I am very happy to learn that your big worries are over. P. Mérimée”. 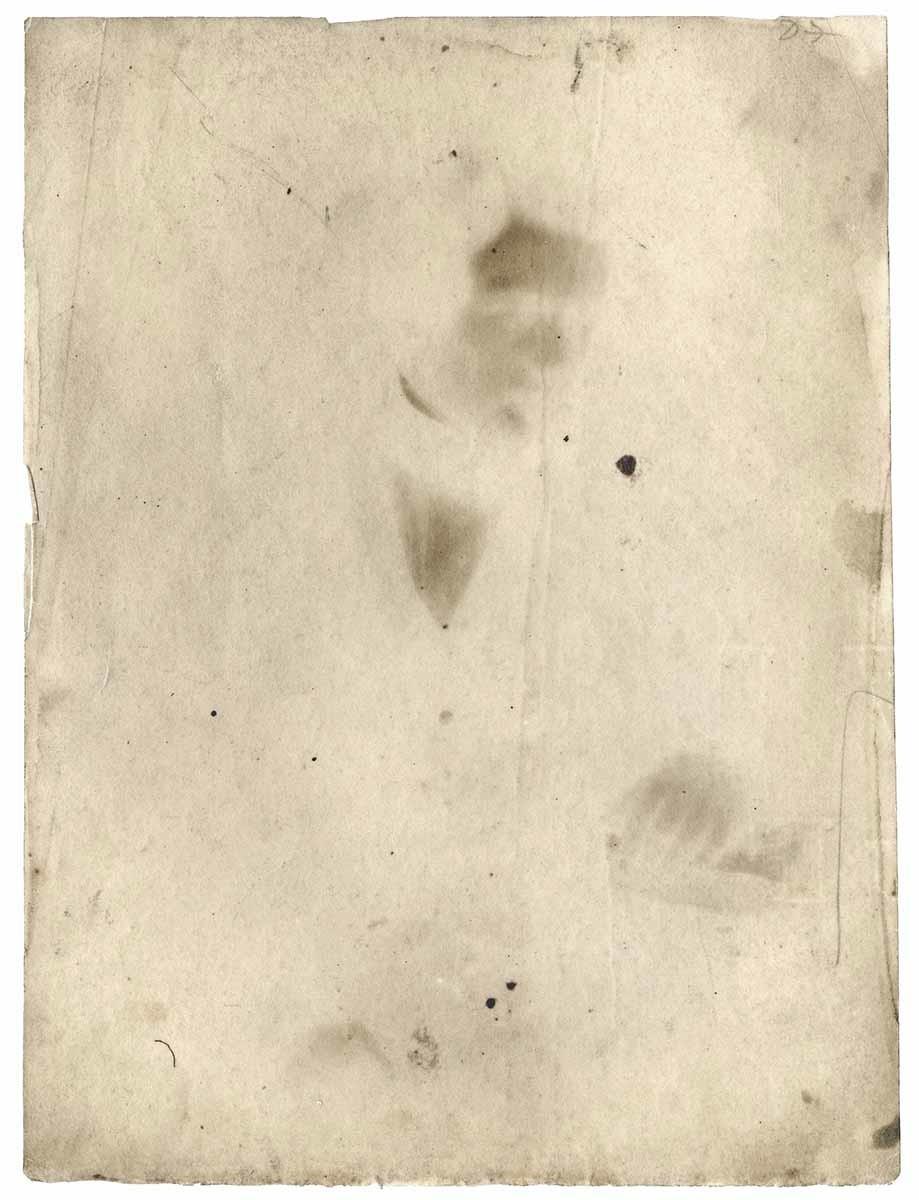 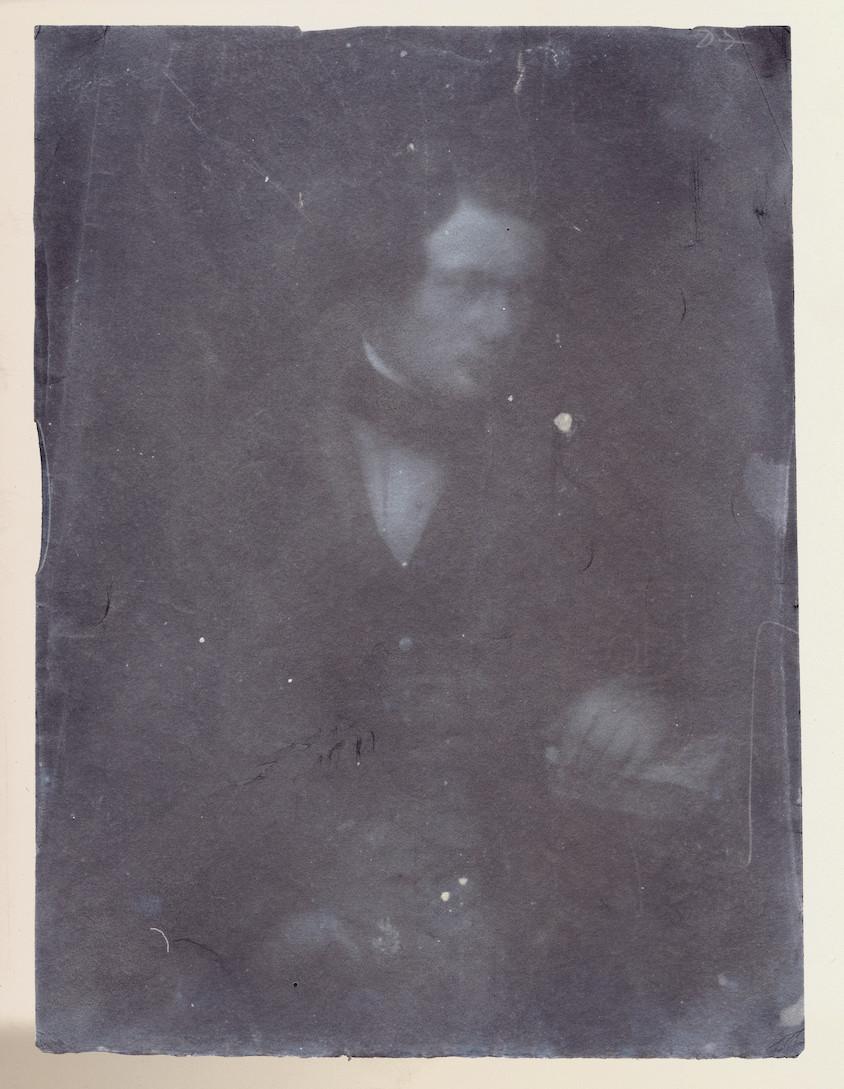 digital transformation of the previous negative

WORK IN PROGRESS, ATELIER 41 is preparing a project on the earliest photographic selfportraits which will become an exhibition during the 3rd Biennale di Senigallia, Summer 2023.

On 3 December 2013, l’Atelier des Icones started a discussion in French language on the earliest photographic self-portraits which can be found online here: https://histoirevisuelle.fr/cv/icones/2865

This article was first published in ATELIER 41
www.atelier41.press

ATELIER 41 is a technical journal dedicated to the history of photography, a periodical publication on paper and in digital form, intended for amateurs, collectors and professionals who deal with the analysis, expertise, certification and, in general, the treatment of photographic archives and old photographic prints.
ATELIER 41 receives contributions and suggestions in any language, the call for papers can be found after page 100 and the proposals can be sent to: [email protected]