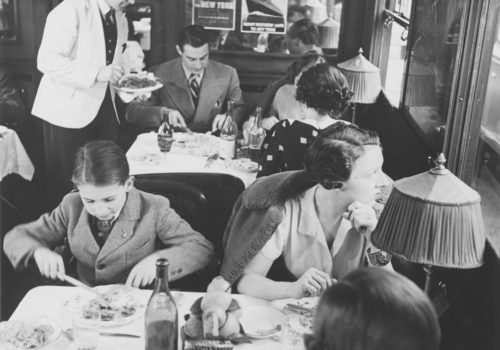 The Orient-Express is certainly the promise of precious moments and the quintessence of luxury and the art of travel, but its history is also closely linked to that of the economy, technology, diplomacy and European culture. An extraordinary human adventure and a unique heritage that we invite you to discover around the exhibition “Orient-Express & Cie” which can be seen in Arles from July 4 to September 26.

Created in 1883 (and operated until 1977), it linked Paris to Constantinople (known today as Istanbul) and was the first of a series of transnational luxury trains of the Compagnie internationale des wagons lits. Now legendary, it marked its time while playing a key role in the history of travel.

An unprecedented industrial success and a true technical feat, its creation at the end of the 19th century, at a time when the railroad was used as an instrument at the service of the political power of empires and states, constituted a diplomatic and economic tour de force.

Built from the company’s photographic archives, this exhibition presents documents of great value, many of which have never been revealed before. They come from the archives of the former International Sleeping Car Company. Saved by former employees, photographic prints, but also plans, maps, technical drawings and advertising brochures place the Orient-Express in its global historical context. While most of the photographs are anonymous, others are signed by famous studios such as Paul Nadar, Albert Chevojon or Sébah & Joaillier. This exceptional iconographic collection offers an embodied rereading of the industrial epic of the Orient-Express, which has nourished the imaginations of many artists and writers with a penchant for orientalism.

If Agatha Christie’s famous novel, The Crime of the Orient-Express (1934), consecrates its mythological crystallization, the behind-the-scenes of the legendary train are no less fascinating: from the kitchens to the workshops, from the laundries to the majestic hangars where the trains are made ready to leave.

The exhibition “L’Orient Express and Co” and the book of the same name are the result of a long collaboration between Eva Gravayat and Arthur Mettetal who have accomplished unprecedented research work, taking the opposite of the luxurious and uncommon image enjoyed by the Orient-Express.

Here we enter backstage and this exceptional iconographic collection offers a fascinating dive into fascinating archives, inviting us to travel and daydream, but it is also an embodied rereading of the industrial epic of the Orient-Express, which has durably nourished the imaginations of many artists and writers piqued by Orientalism.

Even today, boarding the Venice Simplon-Orient-Express is a very special experience. A symbol of travel and luxury, this marvel has 11 sleeping cars built between 1926 and 1931. To live this adventure as it was in the past, the train has been restored to its original condition and takes you back to the Roaring Twenties. Every detail has been studied to remain faithful to the original … On board, time is suspended and the elegance of the place takes you into another dimension, another era. For more than a century, Orient-Express has embodied more than just a legacy, it has become a symbol of travel.