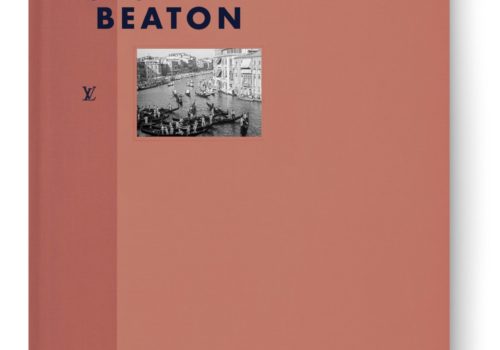 Preview
Synonymous with the art of travel since 1854, Louis Vuitton continues to add titles to its “Fashion Eye” collection. Each book evokes a city, region or country as seen through the eyes of a photographer. With Venice, the collection revives the eye of Cecil Beaton and resurrects the charms of a city once at the center of the world.
In his preface to The Glass of Fashion (1954), fashion designer Christian Dior described the world of Cecil Beaton (1904-1980) as a land of carefree living and spoke of the majesty of an eternally light-hearted attitude. He said: ‘I realize that this impassioned delight in frivolous things may get under the skin of serious people. Too bad for them!’ and later on, ‘ we all know that the seemingly ephemeral things are the ones left behind by civilisations’. The perishable collide with the present: photography where the image abounds and dies, travel where impressions fade and disappear to leave only memories, and fashion where seasons pile up on styles. These three perishables are, for Beaton, are lived as elegances.
‘Who does not love to travel?’ asked Beaton in The Face of the World (1957). He had the good fortune of being born into the London upper class, of graduating from Cambridge: in short, he had been born to be and to have, his comings and goings could have revolved around the Thames in the spheres of appearances proper to Woolfian heroes. In the words of Philippe Garner, he ‘lived for beauty’. Venice was one of them, between the trips to the lush grass of Ashcombe and the gleaming buildings of Paris. In his travel diaries, Beaton accurately describes the aesthetic shock of his discovery of Venice; the brilliant sunshine and he who thought he was caressing chic at the cliffs of Étretat now saw Normandy as a provincial’s hideout. For a young dandy of twenty-two, ‘Venice was the place to be.
This Venice comes as an introduction. Beaton’s Venice is a beauty shouted from the heart, a sweet and powerful love for what is born and dies… the night and its balls… the charms of a woman, one more beautiful than the other , in a dress better adorned… a swim in the Lido and the colorful flashes of the Adriatic… In 1926, Beaton discovered Venice for the first time. The encounter is like a spell, imbued by this city of facades, flames and lights. He met the blazing sun and became accustomed to its burning vices. He is mostly in good society – that of counts, countesses, viscounts or barons, artists and dandies. He leads a life of society, translated in his carefree shots of the beach. The days pass in card games punctuated sometimes by frozen choreographies like his compositions in duet, light and whimsical, with the dancer Georgia Sitwell.
The second Venice comes after the war in the paroxysm of a society of elegance, where the last aristocracies are not yet dead, silent, gone, ruined or simply ignored. On September 3, 1951, Beaton was at the ball of the century given by Charles de Beistegui in the Palazzo Labi, alongside Robert Doisneau and André Ostier, the only photographers to look at the finery of the two thousand guests who were staying with Dior and Cardin. Beaton plays the portrait card and freezes the dresses and close ups of the faces, the princely complexions as well as sometimes, the ridiculousness proper to the wild parties. Photography often opens a look of the time, telling a little of that time.
If Beaton returns to the canals in the 1960s and 1970s, these two highlights characterize a society of cafés (dear to Thierry Coudert) as a vanished world described by a Paul Morand acrid and nostalgic in Venices (1971). Philippe Garner says it marvelously, his photography “captured the essence of the magic world of the imagination, a world which blossomed during centuries in the remarkable decor offered by Venice”. These two great Venetian moments find an original layout in the Louis Vuitton Editions book – one of the most stunning and wisely-composed book of the ‘Fashion Eye’ collection.

Divided into three large sets of distinctive colors – a deep gray blue, a striking pink and a Venetian yellow – the work takes up these two great Venetian moments in the first two parts and mixes the series of portraits and loving views of the city in the last. On the paper it dances with the same brightness as the courtyards of the palaces of the Grand Canal. The same paper is sometimes silky and smooth like a photosensitive layer, sometimes thin and fluffy like those of notebooks. The layout is partly based on Beaton’s design for his diaries: photographic albums where photographs abound and are mixed together like collages, backed by brochures and short informative captions. The book reproduces some of these diaries as an epigraph.

In his Venises, Paul Morand claimed in the opening a love never extinguished for the Serenissima. ‘I feel disenchanted with the whole planet except for Venice, except for St. Mark’s’ and further advised ‘it is after the rain that one must see Venice’. Beaton preferred its chalky sun and its dazzle. For the English photographer, a world punctuated by the immutable lapping at the feet of the palaces, and all in the sky, the lightness and its splendor.

During Arles, you’ll find this book at the following library: