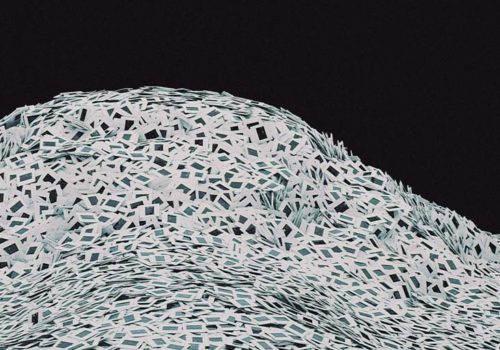 The Eglise des frères Prêcheurs is one of the most spectacular, inhabited, seductive and problematic places used during the Rencontres. We all still remember the shock of discovering ‘Chaos’ (the Joseph Koudelka installation) here and the Amos Gitai last year.
For 2013, we were looking forward to seeing what New York based Chilean Alfredo Jaar would make of the space. Dating from the fifteenth century, the church was long left in a state of disrepair but never shed its Dominican origins. No point trying to take on such a building! You just have to adapt, observe and see what expression it allows.
As you’d expect, Jaar has risen to the challenge with the conceptual rigour and precision of an artist who, since the start of his career, has questioned how images are used and the purposes they are put to and through this questioning created a radical political discourse.

The exhibition, which includes some important, even historic work from different periods, is in no way a retrospective. It comes across as a construct in space, articulating different moments, pursuing lines of thought, situating without judging, expressing so much more emotion in that it does so without pathos. Its subject: how images, as used in the media, are a tool at the service of the established powers. To those who ask how documents become art or wonder about the point of archiving and memory, Jaar answers unequivocally that the priority is to see things as they are, that facts are facts and that at the end of the day, we must all choose which side we are on, whether that be romanticism or real political engagement. There can be no doubt which he has chosen.

On entering, you find yourself in darkness but moving on, you’re blinded by a wall of white neon lights. You then find an entrance, with an attendant and red and green lights. Obviously you have to wait for green in order to go in. “I wanted to avoid the trap of making a contemporary art installation that people could pass in front of and not see…”. Inside there’s an eight minute screening that tells the story of a particular photograph in great detail. The photo in question is one that caused a great deal of debate after being published in the New York Times on 26th March 1993. It pictures a starving Sudanese child, with a vulture behind her, watching and waiting. Rather than agonising over what became of the small girl – this isn’t known – and casting opprobrium on the photographer, Alfredo Jaar looks deeper. He charts the life of the photographer from his birth in Johannesburg in 1960 up to his suicide, during a period of serious depression, in 1994. Meanwhile, he had been awarded the Pullitzer. Jaar presents the story in rolling text. You only see the photo itself for a few seconds and you’re then blinded by a flash.

In ‘The sound of silence’ the stakes are clear and Jaar doesn’t neglect to inform us that the shot is part of the Corbis archive, owned by Bill Gates.

No need to describe the whole exhibition. What we have here is a radical intellectual at work, an artist determined to lay bare the illusions of communication and this is reaffirmed in other pieces on memory and the notion of monuments.

Born in 1956 in Santiago de Chile. Lives and works in New York.
strong>Alfredo Jaar is an artist, architect, and filmmaker. He has participated in Documenta and the Biennales of São Paulo and Venice, where he is representing Chile this year. Major individual exhibitions include The New Museum of Contemporary Art, New York, Whitechapel, London and a recent retrospective in Berlin.
He has realized over sixty public interventions worldwide, including recently The Geometry of Conscience, a permanent memorial commissioned for the Museum of Memory and Human Rights, Santiago. His awards include a Guggenheim and MacArthur Fellowship and Spain’s Premio Extremadura a la Creación.