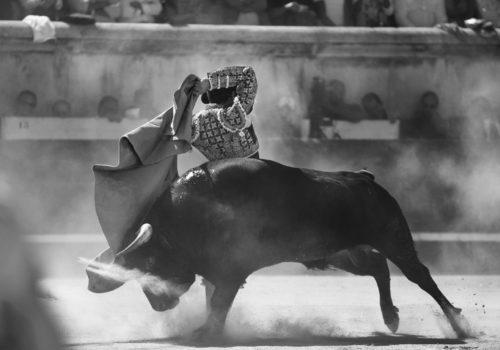 Anne Clergue Galerie offers for the first time in France a new vision of Spain from the 50s and 60s to the present day with the testimony of three avant-garde Catalan photographers who belong to the heritage of Spanish photography. Leopoldo Pomés, Oriol Maspons and Ramon Masats, as well as the Mexican photographer Cazalis who followed José Tomas in his contemporary career, a discovery for the French public.

Since the disappearance of Pomés in 2019, this is the first time that his archives have been opened to the public. A privilege for the gallery which will present the photos from the series “Toros”, a book published in 1996. Maspons, who died in 2013, was a real rebel. He renewed the photographic language from the 1950s and defended “useful” photography rather than its artistic value. In 1955, he stayed in Paris and frequented Doisneau, Brassaï, Cartier Bresson. This experience had a significant impact on his artistic growth and gave him an international dimension. In 1961, he published “Toreo de salon” with photographer Julio Ubiña and a text by Camilo José Cela.
Masats is a photographer apart, solitary, little known of the general public. He invented a new photographic language, synthetic content and very refined graphics. Many vintage prints are to be discovered for the first time of these three Catalan photographers. As for Cazalis, he offers unpublished photos from his series “Sangre de toros”, the book on José Tomas who is coming back to the arena in 2022.

A black and white journey that plunges us into the heart of the drama, the sometimes tragic intensity without forgetting a great sense of humor of this culture of the Spanish people who find themselves actors or spectators in the world of “Toros y Toreros”.