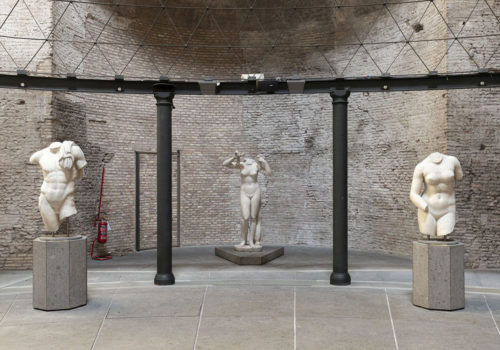 They shot almost 3000 photographs added to the existing Atlante Architettura Contemporanea (Atlas of Contemporary Architecture) collection (www.atlantearchitetture.beniculturali.it), established in 2018 by the Directorate-General for Contemporary Creativity in order to map and to spread to a wide general public the awareness of post-war Italian architecture through photography, thereby creating “an interdisciplinary project that relies on a synthesis of different creative languages”, as Onofrio Cutaia, Director-General of the Directorate-General for Contemporary Creativity, says.

The Italian Minister of Culture, Dario Franceschini, adds: “Photography and architecture yet again show themselves to be perfectly complementary, both of which capable of interpreting and capturing lights, forms and volumes. Moreover, the choice of entrusting a specific commission for the Atlante Architettura Contemporanea project to photographers under 40 years of age forms an intrinsic part of the mission of the Ministry on the part of the Directorate-General for Contemporary Creativity to invest in new talent in order to promote the present together with the grand tradition of Italy’s past”.

Indeed, architecture and photography are closely related disciplines. “Photography has the ability – and force – to narrate and illustrate architectural works, dwelling as much on detail as it does on the overall question, on the relationship and dialogue between a building, what existed before and the surrounding environment”, Stefano Boeri, President of Triennale Milano, adds.

The photographic representation of buildings, architecture and environment can also raise the awareness of a heritage to be preserved, discovered and known. Giovanna Calvenzi, President of Museo di Fotografia Contemporanea, says: “Each photographer accepted to put his/her creative experience at the service of a shared and objective narration which sank its roots, as an ideal continuation, in the heritage of public missions of the Nineteenth andTwentieth Century.”

The 110 prints of medium and large format are displayed in an installation (by the Studio Folder), that suggests a relief map of the Italian peninsula, allowing visitors to physically retrace the journeys made by the photographers. Also the catalogue, published by Silvana Editoriale, is structured by the journeys of the photographers and serves as a guide, a map of the overall journey re-establishing the homogeneity and shared nature of the whole project. The narration includes some critical contributions the photographers wrote during the photographic campaigns. As the exhibition ends, the photographic works on show will become part of the Museo di Fotografia Contemporanea collections, in Cinisello Balsamo-Milan.