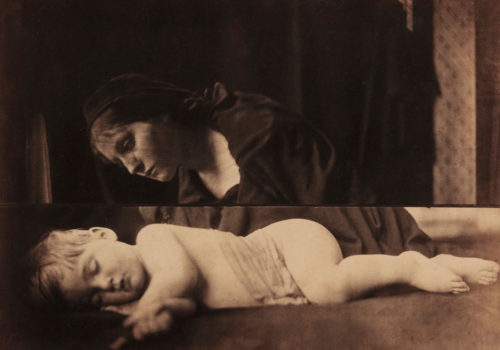 A Fresh Approach to Photo History

The Solander Collection makes its public debut today, with the opening of the exhibition Breaking the Frame at the Royal Ontario museum, Toronto, and the official launch of its website, www.solander.art. Solander is a different kind of collection, founded on principles of diversity, inclusion, and the democracy of images. Concentrating on the years up to 1980, it features under-appreciated and marginalized artists, international traditions, and the contributions of women.

The collection contains many rarities and “firsts,” including two exquisite daguerreotypes by the mysterious Madame Gelot-Sandoz, one of the first women photographers. Other treasures include a unique self-portrait by Beninese portraitist Félicien Rodriguez, a monumental altarpiece by feminist icon Valie Export, poignant personal photographs taken in secret by Chilean master Mauricio Valenzuela, a gigantic camera belonging to Henry Peach Robinson, and one of the first photo microphotographs ever made. Distinguished by its quality and made up almost entirely of vintage prints produced within a few years of the negative, the collection is particularly strong in original exhibition prints, with key works by Dorothea Lange, Manuel Álvarez Bravo, Roy Decarava and radical Chinese photographer Lang Jingshan, among others.

The collection was founded by curators Graham Howe and Phillip Prodger to serve the public. Formerly Director of the Australian Centre for Photography and curator at the Museum of Contemporary Art, Los Angeles, Howe is a graduate of the prestigious MFA program at UCLA. Since 1987, he has served as CEO of Curatorial, Inc., the exhibitions, advisory and art services “museum without walls” in Pasadena, California (www.curatorial.org). A Ph.D. graduate of Cambridge University, Prodger was Head of Photographs at the National Portrait Gallery, London and founding Curator of Photography at the Peabody Essex Museum in Salem, Massachusetts. He has also held appointments at Yale, MIT and the National Gallery of Canada.

With headquarters in Oregon and California, the Solander Collection is available to researchers by appointment. In addition to being shared through traveling exhibitions and publications, requests to borrow material are welcomed, and high-resolution public domain imagery is provided on request, free of charge.