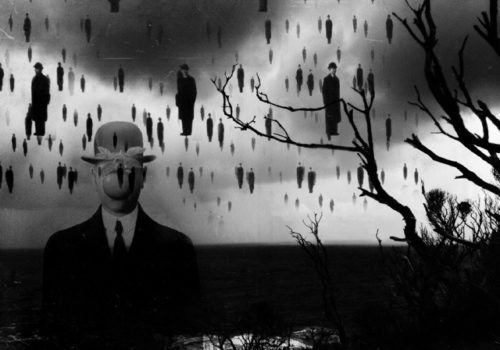 The Mnemonics is an Australian photography ensemble with members based in Brisbane, Melbourne and Sydney. Drawing their name from the Titan Goddess of Memory, Mnemosyne, this ensemble uses mobile photography to explore themes of memory and photography’s place in recollection.

The five members – Jason Flett, Maria Flourou, Kaily Koutsogiannis, Giulia Macario and George Politis – met on Instagram when that platform was in its infancy. Within cyberspace they found they were kindred spirits and quickly a creative dialogue unfolded. Here they were able to inspire each other and share working methodologies, ideas and information. The isolation that artists often find themselves in began to fall away. Eventually they stepped out of cyberspace to meet in person one weekend in Melbourne and the synergies they had experienced remotely were affirmed.

Kaily Koutsogiannis, the nominated spokesperson for the ensembles Head On exhibition ‘Memoria’ says the group has stayed with the mobile phone platform that brought them together experimenting with the form to push the boundaries of storytelling.

“With mobile photography you have to apply the same respect and methods of composition, balance, light, shadow, colour and attention to the subject as you do in traditional photography. This is still storytelling and there has to be a reason why you have been drawn to framing this particular moment…I take the same care with mobile as I do with other photographic mediums. It’s a modern dance to a classic tune.”

In ‘Memoria’ four of the five artists in this group explore the idea of memory and “how visual media such as photography can give memory gravitas,” says Koutsogiannis. “We often romanticize memories. If you look at a photo album and see yourself at three years old you think you remember that moment, but you probably don’t really. You are romanticizing an ideal. Memory is so open to interpretation for each of us”.

The works Koutsogiannis has included in ‘Memoria’ draw on her background in performing arts and television. In this collection she has created a series of faceless characters that are at once ambiguous, but also defined by the choice of apparel giving a framework in which to consider the person behind the clothes. “With these characters you can almost see yourself in these roles…these façades have their own characters, but they are also a reflection of the self”.

“I am very much inspired by the play by Luigi Pirandello – Six Characters in Search of an Author – where ghostly characters walk into a theatre. They approach the director wanting to share their story with him and there’s that fine line of between reality and imagination. That play had such a visceral affect on me and I’ve used that premise to develop my characters who appear to have almost unintentionally attracted the spotlight…I love how moments that we frame have endless possibilities,”  Koutsogiannis concludes.