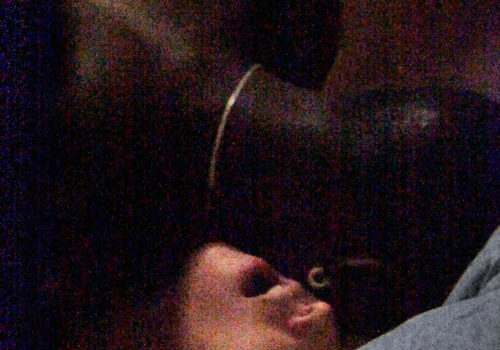 Although many Spanish youth remain  worried about their future, an original and quirky photography scene has emerged in the country. After Antonio Xoubanova or Ricardo Cases, from this pool of talent revealed by Le Bal or by Mack, here’s Fosi Vegue, who founded the BlankPaper photo school in Madrid in 2006, and who is in some ways the “big brother” of this up-and-coming collective.

XY XX, his first photography book, is published by Dalpine, a small independent publishing house with close ties to the community, from whom we can expect many surprises given the young catalog it offers. In this work, Vegue took pictures from a window across the street from a brothel, documenting the sexual acts as “mechanisms of control.” He becomes a witness to what is supposed to  remain invisible, and his photographs combine suggestion, criticism and aesthetic beauty. This is precisely what makes the complexity of this series, in which many photographs resemble carnal Renaissance paintings. Behind the curtain, in cryptic framing, we detect body parts, always moving, positions, faces or expressions, emotions and desire that contrast with the nature of the subject. It is also easy,to link those acts to amorous feelings, as the pictorial aspect of these photographs refer to charm and sensuality. Beautiful, often tinged with a red color, images of XX XY touch but also have the power to disturb.

To accentuate the plot, Fosi Vegue voluntarily operated digital noise and strengthened the so-called poverty of the quality of his photographs, while most photographers today are trying to erase any imperfection. Images then become closer and closer to painting or drawing. And thus play once again with the feelings of the viewer. “The exaggerated sensitivity used to cut out the subject also blurs and alters the message, explique Fosi Vegue. This overpowering noise is our own subconscious, the mental sphere were sex operates as a catalyst for our instinct, our desire and our contradictions.”