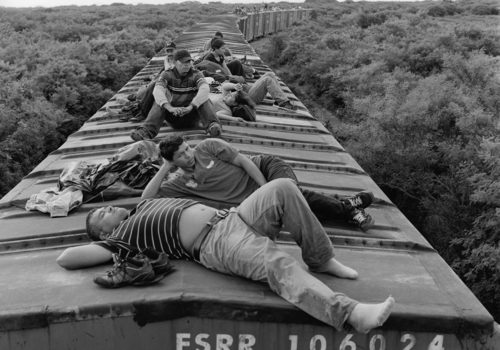 Leaving one’s homeland for the promise of a brighter future in a new land is a story retold across the centuries. Being transplanted into a foreign land is hard enough even if you have the label of “legal migrant”. For those who are fleeing poverty or conflict, the label “illegal alien” adds to an already burdened soul and often the life that promises greater hope in the wake of terror, brings new horrors of its own.

Immigration is a political ball that is constantly up in the air, yet what the political spin-doctors continue to overlook is the simple fact that these “illegals” are actually human beings. They’re not statistics, not inconveniences, but people: fathers, mothers, babies, teenagers, young and old alike who have risked everything for a chance at the kind of life many take for granted.

“Queue jumpers” is a phrase we often hear, but illegal migrants aren’t trying to get ahead of the line at Disneyland. If only their plight was that trite. Jumping the migration queue is often a necessity. When identification papers no longer exist because your country is at war and your home has been destroyed, the only choice is to go underground, where smugglers smell the desperation of easy prey. But conflict is only one of the many terrors that drive people to uproot their lives and what is too often missing from the migration discussion is the need for compassion in dealing with these brave souls.

Michelle Frankfurter’s new book Destino (destination/destiny) documents the story of illegal migrants who attempt to cross into the USA from Mexico. Many are from Central America, have travelled for weeks, often alone, wandering in the wilderness, too afraid to turn back, each step made in trepidation of what may lie ahead. It is a harrowing tale and Frankfurter’s photographs capture the anguish and hardship of this rough road, a journey she shared in part with her subjects.

“Many of the migrants I met along the train route…express a desire to stay in their native countries but are afraid for their lives,” says Frankfurter who migrated from Israel to the USA with her family when she was six. “They shoulder small backpacks containing no more than a change of clothing. They trudge through the brush in sweltering heat to dodge Mexican police and immigration officials. Along the way they are robbed, beaten, raped, extorted and kidnapped.”

Frankfurter says that while the storyline of this book is “grim and heart wrenching, there are moments of beauty and tenderness that serve as an affirmation of humanity”. I think these moments also serve as a reminder of the strength of the human spirit in adversity and the will to live no matter how horrendous the circumstance. In this sense Frankfurter’s visceral images remind me of Paolo Pellegrin’s approach, which evokes an intimacy that allows the viewer to engage with the subject on a very personal level.

These pictures carry with them a level of intimacy that could only be achieved by the photographer immersing herself in the story. This is not a tale of displacement shot from the comfort of official border crossings, or migrant support services. This is gritty, raw photojournalism. Frankfurter has put herself on the frontline where despair, loneliness and uncertainty jostle for position. Where danger is ever present and often lives are cut short. Yet hope is not defeated and can be seen in the direct gazes that challenge the viewer to deny anyone the right to seek a better life.

As with other books by FotoEvidence, Destino brings a new perspective to a topic that is usually wrapped in political dogma. It’s not an easy book, but then the journey it documents is no walk in the park either.