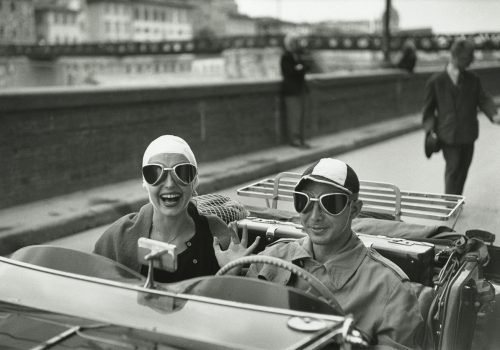 This fall, the Pavillon Populaire dedicates its new exhibition to the “New York School” photographers. With THE NEW YORK SCHOOL SHOW, it is about presenting, for the first time in Europe, a project specifically dedicated to this movement considered to be a true visual revolution.

If there is one city that is consubstantially associated with the development of American photography, it is New York. Between the 1930s and the end of the 1960s, lived and worked in the American metropolis a group of photographers affiliated with what has been called the New York School, a multidisciplinary artistic movement which corresponds to the renewal of American artistic life. after the Second World War.

From Bruce Davidson to Louis Faurer, passing by Robert Frank or Saul Leiter, Don Donaghy, David Vestal and a few others, these photographers instigated a new freedom of shooting and a style of street photography that radically changed the approach of documenting social facts, relying on a new subjective vision of the urban setting, a thousand leagues from the European Humanist School.

“The New York School lives in my soul

I grew up on the streets of Brooklyn in the abundance of the fifties and was a teenager when Kennedy was murdered. It wasn’t what part of New York you came from, whether it was the Bronx, Brooklyn or Manhattan that mattered. What mattered was your experience, lived through the prism of your origins, your neighborhood … and all the commonalities that we shared so easily at the time. It was a simpler and more comprehensive time than what awaited us in the sixties. Becoming a photographer in 1970 gave me the opportunity to revisit my youth in many ways. And so I became a street photographer, at least in form.

There was no New York School, but photographers, Frank, Klein, Faurer, Levinstein, Grossman and Davidson to name a few, whose images showed me what can be done with a camera. , film and a darkroom. And, while I discovered the impeccable formalism of the Modernists, in Weston or Adams for example, and the avant-garde experiments of Europeans, Moholy and Man Ray in particular, I also internalized the bite, the musk, the deep humanism of these young immigrants who adapted to survive, live and prosper on the streets of New York. It was my world they lived in. I understood their concerns and their choices. I understood the reason for their images. And then I understood how a photograph could convey meaning far beyond its subject, meaning both emotional and visual.

Which brings us to the series of exhibitions designed and curated by Jane Livingston at the Corcoran School of Art in Washington. I remember thinking “Haha! Someone understands. ” Here is a person who realizes that there was a place, a time and a community, which one could only call the New York School. And finally a publication, a bible, in a way. Jane’s book, which explains the various influences at the origin of this kind of truthful, expressive and personal photography, fundamentally human, and practiced by a group of unaligned photographers, of strangely similar concerns and origins. Jane contacted me and introduced me to Saul Leiter, led me to Ted Croner, shared my faith in Sid Grossman, and told me a thousand anecdotes about Donaghy, Faurer and the others. My eyes suddenly discovered, as for the first time, what was indeed a movement. None of this was conceived or planned as such. Like any movement, it was born from the complex entanglement of different factors: the Photo League, the lessons of Alexey Brodovitch, the influence of Walker Evans and Ben Shahn, the openness of Edward Steichen, ready to display young photographers on MoMA walls, magazines and the freedom to create in an environment free from war or oppression. The New York School impetus also stems from technological advances by Kodak and other manufacturers of photographic film and paper. In photography, aesthetics and artistry have always been the result of the marriage of technology and creativity. After World War II, Tri-X and ASA 400 films hit the market. And concretely, that meant that you could take a photo on the street, at night or in a dark movie theater, even under the light of a single bulb.

It would probably require further development and using a shutter speed of a fifteenth of a second. This also meant that one would have to accept and compose with images with a certain grain and a lack of sharpness. Those we attach to the New York School have embraced these new possibilities and the flaws that came with them. They were just using their tools to find new ways to produce images. Look at these photos. You will find a language particularly well suited to their explorations of the human condition. You can see how they pushed the boundaries of photography to understand better, but also to ask new questions, to find out who we are and what we are made of.

And so I realized that what we call the New York School is something that makes me feel at home. It’s part of my DNA, of my soul. And over the years, I have also realized that this new photographic language, created by these mid-century photographers, is universal. It is a language we all understand, when we find and accept the meaning of their work. Why and how …? I believe it’s the human element. The photographs and the style of their production perfectly express a universal empathy and compassion for what lies in front of the lens. And that without falling into sentimentalism or dogmatism. They were taking risks, in a very personal way. They provoke us while welcoming us. They ask questions and offer answers. They make us feel their images and the people who inhabit them. They invite us to experience the place, with their confrontation, their reflection, their exaggerations and the weight of humanity. They are great souls … ”

Exhibition Curator and Director of the Howard Greenberg Gallery in New York.