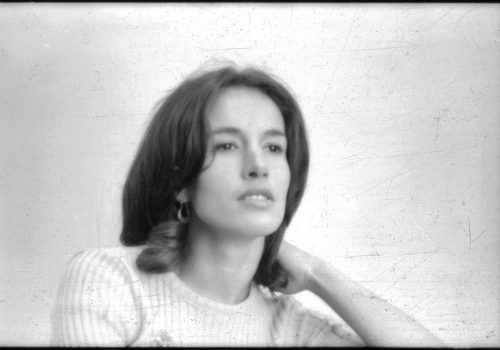 Yesterday, May 25th 2015, the american photographer Mary Ellen Mark passed away at the age of 75.

She was all about the work. I had discussed the possibility of doing a workshop for our 9th festival last year with Mary Ellen. She wanted to teach for us but was unable to make it work in her busy schedule for 2014.

Last year in October I met with her at her studio offices in Manhattan. She told me then she had some health issues, without being too specific. She did tell me that she had been at the hospital earlier that day for a transfusion yet she was all about teaching the workshop. I asked pointedly if she felt she would be up for it six months down the road and she assured me she would. She said – “It’s important for me.”

We planned the workshop and it came to be. On April 26th Mary Ellen landed in Los Angeles and was picked up and brought to the festival in time to meet with her students and briefly attend our Opening Reception. She appeared weak, but still had that great sparkle in her eyes and her voice was strong. She talked with some of the other workshop instructors and former students before retiring to her room.

Over the next three days, she conducted her last workshop. She had been working in New Orleans prior to the festival and arrived in Palm Springs saying she was fighting an infection. I asked her again if she felt up to the effort of teaching the class and she absolutely assured me she did. She went to the hospital the next morning and received a transfusion, and was back with her class in early afternoon reviewing work and working on their assignments. This was to be repeated for the following two days. Each day she was back for the reviews and spent long hours with her class, both together and individually. She put in 110% as she always did on anything important to her.

She appeared, completely ready and prepared, on our Tuesday Symposium (April 28th) entitled The Portrait Symposium, possibly one of the most amazing we’ve produced in 10 years, along with Mark Seliger, Frank Ockenfels 3, Dan Winters, Bill Allard and Jock Sturges. She then returned to her class instead of having dinner with the other participants.

The following day the class met with her in the morning session, went out to photograph while she had another transfusion, and the reviews resumed in the afternoon. She was exactly on time for her tech-check in the Annenberg Theater of the Palm Springs Art Museum where she later gave an amazing lecture. Her voice was strong – she was 100% in those 30 minutes. She received a prolonged standing ovation.

When I called her a week later to again reiterate my respect and admiration for the commitment to the workshop, to her work, and her incredible fortitude in the face of her illness, her response, typically, was “ It was a great class. They were terrific. I saw some really great work. “ – !

Here are the words of a selection of her students during workshops:

“I am humbled by her passion for Photography and her work ethic. She was tough but in a sweet, direct and enduring way as she only wanted her students to find the photographer inside us. “Look for the truth in every image you make and it’s ok to keep going back.” Having her guidance for just a short week will live with me forever.  – Jay Thornton

That one stuck in my head.  Thank you for creating the opportunity for us all to spend some time with Mary Ellen.” – Kate Russell

“Mary Ellen was a true force of nature, aggressively reviewing new student work every day, finding sparks she could ignite in each of us.  Her impatience with “illustrative” photography and her pursuit of the “close in” will be with me every time I hold a camera in my hand.” – Ellen Konar
“I am stunned and unable to say much.  Seeing just her back says so much right now, specially because this was probably one of her last portrait sittings.  I was overwhelmed by her generosity and kindness.  – Antonio Gomez

“In my very brief time with Mary Ellen, I observed that she had rare perspective on society. With the photograph as her voice, I think she was determined to teach people and spread awareness on the very perspective that she had cultivated. I feel extremely privileged to have had time with her as a student of photography. ” – Eric Johnson

“I was lucky enough to participate in what turned out to be Mary Ellen’s last workshop in Palm Springs. I had been wanting to do her workshop for several years and the stars aligned and I was able to go. For some reason, I did feel a sense of urgency to attend this workshop and as it turned out she was very sick. I know all of us at the workshop appreciated her dedication and have so much gratitude for that time we had with her. On our first day together, I was struck by how well she tried to get to know each participant and their strengths to help guide them for their upcoming project. How long have you been photographing? Film or Digital? I can’t say my portfolio review was the greatest. She wasn’t a fan of what she considered conceptual work and I was determined to impress her with my project. One of things she said that will stay with me is how easy it is to make a good image but not an amazing one. She was all about creating lasting, iconic images. My project was photographing an eighty-four year old woman with dementia. Mary Ellen loved my project and commented how it wasn’t easy to capture what I did in that short time. This project will stay with me as an affirmation of following a story out of my comfort zone and an inspiration to push myself to create those lasting images.” – Alpana Aras-King

“When you’re in a workshop with Mary Ellen Mark, you cannot help but be aware of her. Her work (and the technical and historical significance of it), of course, is in your head all the time and it enlarges her presence. But also, she speaks with a forceful directness. About as casual as I imagine a friendly tennis match with Serena Williams might be. Or a small pickup game with Michael Jordan. She gives you the gift of honesty. And her feedback is as indelible as her imagery. A small story – I had to leave the workshop early, as I had come down with some bizarre skin condition from the excessive heat. She called me from the hospital, during one of her blood transfusions, to make sure I was okay. But also to make sure I understood her direction. To make sure it stuck with me. It was an incredibly sweet phone call but more than that, her ability to have an image stay with you — nobody does it quite as well as Mary Ellen Mark.” – Joshua Rose

“My time as her workshop and personal assistant this past year at Palm Springs was truly treasured and although I only knew her personally for that one intense week, she made a lasting impression on me that I’ll forever hold special. Her stories, her insights, her wisdom that she freely shared with me were priceless. She was a remarkable presence throughout the week and her students loved being around her. Additionally, I just wanted to say thank you for creating this thing called the PSPF. Without it, many of us would never have had the opportunity to work up close and personal with some of these truly special people and artists like Mary. I’ve assisted for 5 seasons at PSPF and look forward to returning next year because of these unique opportunities. Thank you again Jeff.” – Scott Davis

“Yesterday, a giant in the field of documentary photography and an inspiration to legions of photographers, including myself, has passed on.Remarkably, she got on the plane to come across the country to continue her work even though her doctor told her not too. She said something to me like, “I’m not going to stop living.” She was very sick. She said it quietly to me several times – hinting – and I knew it wasn’t good. She was fierce and she wanted us to succeed. That was very clear. During the workshop, it wasn’t one particular thing she said that made the impression. I think it was the strength of her convictions, whether you agreed with them or not. Certainly, I was touched by her passion and the things she said to me, and am grateful for the time we spent together. I’m going to go take a picture for her today. I know she’d want me to. ” – Meryl Schenker