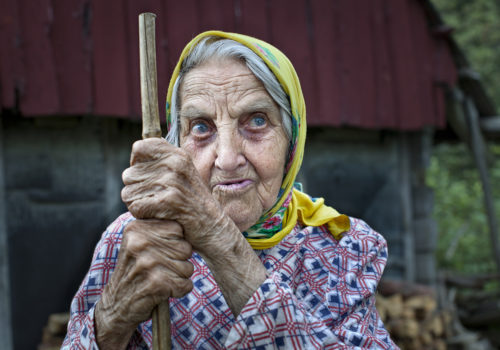 Anne Helene Gjelstad is a Norwegian photographer and educator living near Oslo. After graduation from the Norwegian National Academy of Craft and Art Industry in 1982 she had her own fashion studio in Oslo for 25 years. Among her clients were HM Queen Sonja, Norwegian artists, magazines and the textile industry. In 2006 she felt the need for a change and decided to follow her childhood dream and become a photographer. She enrolled in the Bilder Nordic School of Photography (2007-08) as well as attended numerous workshops by leading photographers such as Joyce Tenneson, Mary Ellen Mark, Greg Gorman and Vee Speers.

Anne Helene’s works have been exhibited internationally in the National Art Museum of China in Beijing, in Centro Fotografico Alvarez Bravo in Mexico, in Ljubljana in Slovenia, in the Estonian Parliament in Tallinn and in the National Museum in Tartu as well as in The House of Photography in Oslo.

Anne Helene Gjelstad has her photo studio near Oslo. As an educator she lectures and teaches portrait photography and postproduction.

Lanza : How did you come to find the story and island community on Kihnu?

Gjelstad : Previously I was a fashion designer with my own studio in Oslo, Norway. To make a difference for unemployed women, I established my knitting company, Close Knit World, on the Estonian island of Hiiumaa where I worked for five years. In the summer of 2005, the Nordic Knitting Symposium was held in Estonia, and we also spent a few days on Kihnu Island. Amazed by the strong women and their beautiful handcrafted textiles, I fell in love with this peaceful island, its folk-art and culture, and knew I had to go back. Little did I know that I would return to Kihnu a few years later, but this time as a photographer, and with my Hiiumaa connections helping to open doors. The traditional society is more closed to foreigners, and the islanders are modest and want to live their daily lives without interference from the outside world. As such, it is extraordinary how I have been invited into people’s homes, their hearts and into the local life of the islands. Not only did I get to know them and their stories, they also got to know me. We built trust – a key in this project – and for this I am truly grateful.

Lanza : How did you come to frame or focus your storytelling about the women there?

Gjelstad : I returned to Kihnu in 2008 wanting to document the women’s beautiful handicrafts and colourful and interesting folk dress culture. When I was there Koksi Leida passed away, and one of her neighbours dressed me up in blue mourning clothes and invited me to photograph the private ceremony in her kitchen. The women from the village gathered around the casket to pray, mourn and sing. This was emotional and beautiful, and it made an important change in my project. I knew I had to help preserve this unique culture for the future and give these old, wise women the voice they deserve as the quiet nation builders they really are.

Lanza : How is this island community unique as they were declared a UNESCO world heritage cultural site?

Gjelstad : Kihnu Cultural Space consists of Kihnu and Manija islands together with a dozen other isles, which are inhabited only in the summer. In 2003 UNESCO proclaimed Kihnu Cultural Space as a ‘Masterpiece of the Oral and Intangible Heritage of Humanity’ due to the ancient wedding traditions, the ritual songs and dances, the handicrafts and the local dialect, unparalleled in the geographic proximity of the Baltic Sea and elsewhere.

Lanza : The elder women of Kihnu are the subjects of your work and publication

Will their knowledge of traditional ways be passed down to future generations?

Gjelstad : Kihnu handicraft is time-consuming and requires tidiness and persistence, and here the handicraft skills have always been very highly valued. Going back in time, every farm had a lot of handicraft work that needed to be done in wintertime. In the summer there was always plenty of outdoor work to be done, and there was simply no time for handicrafts. Girlhood was the main time for learning handicraft skills, and grandmothers, mothers and other close relatives passed down the necessary techniques, patterns and cuts. Through the long winters, the girls used to gather together to knit. This was a communal working practice involving traditional crafts as well as various verbal repertoires such as singing.

Still today the handicraft skills are highly valued and the older women pass down the skills to the young girls. The role of women in preserving the culture of Kihnu is especially important and they still wear the traditional clothes in their everyday life. Because of the daily use, new clothes are constantly made, changed and improved. Kihnu women’s folk costumes are developing along with the people who wear them, making Kihnu a unique, living folk culture. The kört, the folk costume skirt, is worn with store-bought clothing on an everyday basis.

Lanza : How did you arrive at the title for the book, Big Heart, Strong Hands?

Gjelstad : The Kihnu women are used to working hard, and take care of almost everything. They bring up the children, make the clothes, plough the fields, drive the tractors and take care of the animals. The men spend much time away from home, fishing or working on the mainland or abroad. Life is often hard. This is normal here. Nobody asks questions. You do what you must. This is how you get a big heart and strong hands. When I understood that, my project had its title.

Lanza : Will you have an exhibition?

Gjelstad : My solo exhibition ‘Big Heart, Strong Hands was supported by UNESCO and the Estonian Ministry of Culture. It toured Estonia for seven years after the opening in Kihnu Museum Easter 2011 and was shown in 22 places, including the Museum of Modern Art in Pärnu and in the lobby of the Parliament in Tallinn. In 2014, photos from the series were a part of the Third International Photography Biennial ‘Intangible Cultural Heritage’ at the National Art Museum of China in Beijing. Also, images form the series was shown at my solo exhibition ‘MY FOCUS’ at The House of Photography in Oslo in 2001. Hopefully there will be other exhibition possibilities when the world becomes a better place after the pandemic.

Just some days, in November 26th ago I received a letter of appreciation from The Estonian Foreign Ministry for ‘the promotion of Estonia’s cultural heritage as well as the exciting and unique life of Kihnu and Manilaid in Norway and the world.’

Lanza : What are you working on currently?

Gjelstad : Besides running my photo studio in an old barn surrounded by beautiful landscape just outside of Oslo, I also give lectures and teach portrait photography and postproduction. I love learning and passing it on is fulfilling and a great joy. I also have some personal projects in progress, but they are difficult to continue now when travelling is impossible.

So my main focus right now is Fine Art portraiture in studio and outdoors: