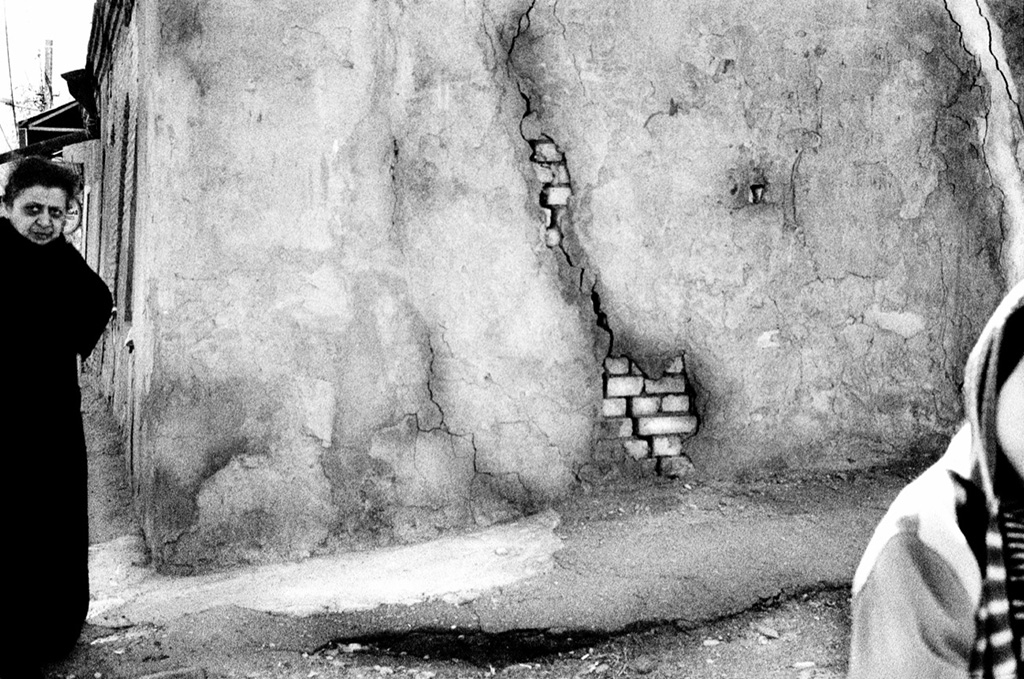 A journey without scenery. A journey in black and white into a land of emotions. Everything flows, everything blurs, like an ongoing quest for that intense, magical moment of joy or sadness. An offbeat vision of the world and the people she meets . Contrasting black-and-whites photos with 5 or 6 in color. Fifteen years of life lived intensely.

What’s the story behind Empire, your monograph containing 102 photos from the past 15 years?

I’ve been talking about it for the past two years with my publisher, Emmanuel d’Autreppe, who kept telling me, “You’re not ready yet.” Then I was ready. He knows how single-minded I can get when putting together my series. We laid out all the prints on a large table in order to see the raw material , ignoring the original series. We advanced in waves—snow, skin, recurring characters. I wanted a large amount of images, a stream where we could lose certains nodes, drown them in the whole. We edited it like a film, with rushes, storyboards, etc. That allowed us to explore the material by images, year, season and camera—nine different film cameras—including my old Contax G2.

No text, no captions, just this sentence: “This has nothing to do with beauty. Beauty is not important. This has to do with magic.”

I didn’t want any text. I like mystery. And I didn’t want something that would describe what someone might feel about my photographs, or give them “keys” to the images. There’s just that sentence—that’s the key to the book, and it leaves the door open to interpretation. That’s enough for me.

Your characters rarely look at the lens. We feel the motion. We’re lost. We don’t know where you’re taking us…

People see what they want to see. This isn’t photojournalism. I was there, I saw things and now I’m showing them to other people. There’s no single way to read it. They can be understood differently and I like it that way… Some of the photos are very, very sad, and others are very joyful. It’s difficult for me to talk about my photographs or to see people talking about them because it reveals so much. This is my way of both expressing and protecting myself. In this book, I reveal myself while saying nothing explicit. For me it remains something violent and liberating, to show myself like this. There’s something almost immodest about it, because the photographs are referenced according to my personal history. They were difficult to shoot. They hurt me even when I look at them today. And yet they’re not the kind of pictures that make anyone uncomfortable.