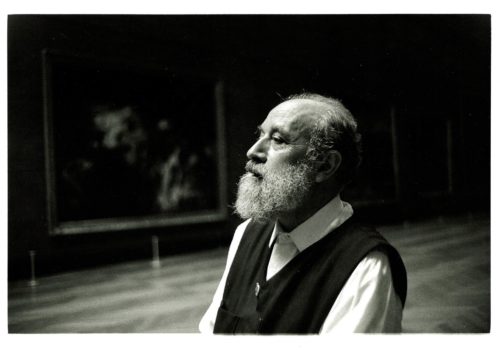 The Archipel Butor presents its exhibition Michel Butor « Photography is a window ».

The exhibition will take place at the three sites of the Archipel Butor:

From the rich collections of the Manoir des livres, the exhibition will show the relationships between Michel Butor and photography through three main axes:

Between 1951 and 1961, Michel Butor made nearly 2,000 black and white photographs with a Semflex camera, a French version of the Rolleiflex.

His desire to photograph arose after a long stay in Egypt. He began by photographing a study of testimonies of Bonaparte’s return from Egypt in Paris, and learned the basics from one of his sculptor brother-in-law. Michel Butor does not reframe his photographs, he seeks less to fix “memories invent an image”: the viewfinder becomes for him “an instrument of exploration which makes him see what he would not have seen without him.” Very quickly I had a viewfinder in my head, ”he says.

It was when he stopped photographing in the 1960s that he began to write about photography, or for, photographers.

Due to health restrictions still in force, the official opening is scheduled for Saturday September 11 at 11 a.m. at the Manoir des livres.