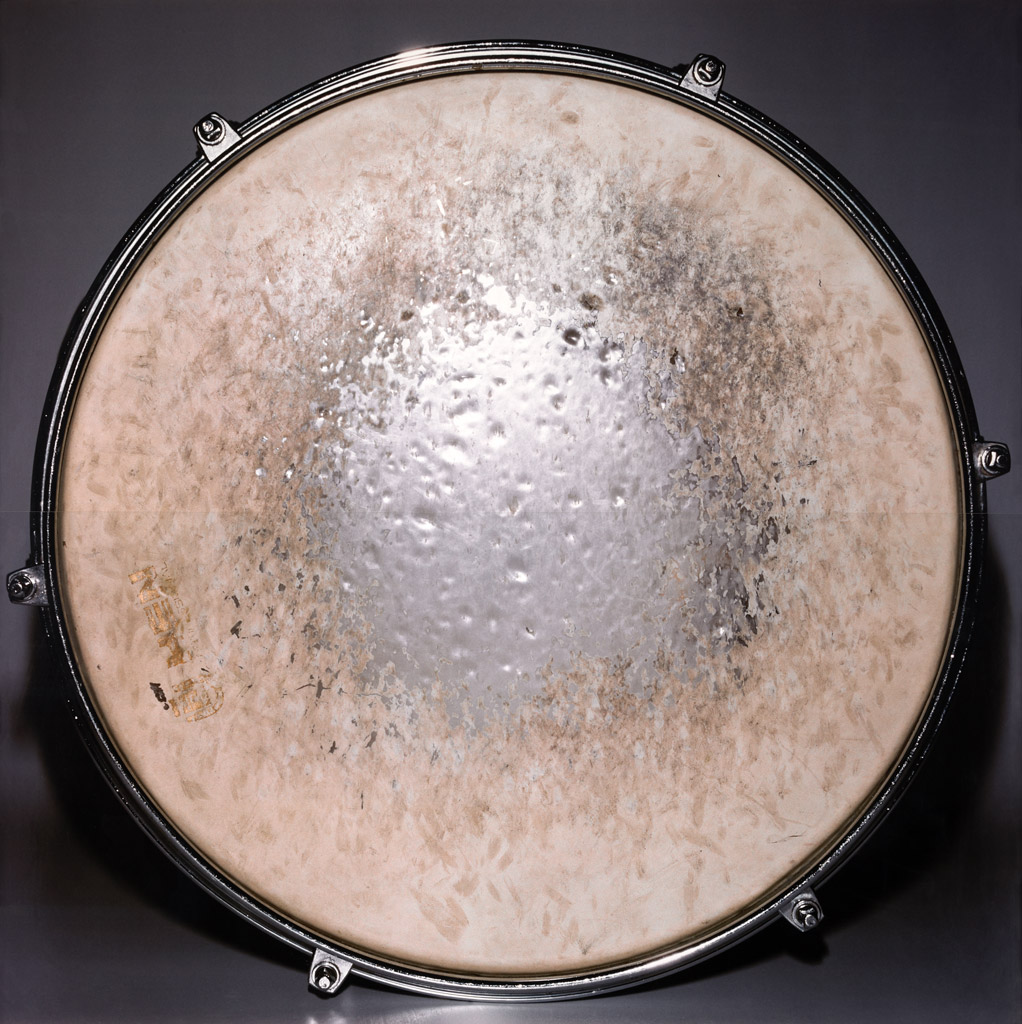 Geography II is a “photo-painting” created in 1988 by Patrick Tosani and acquired the same year by the Centre national des arts plastiques. This work belongs to a set of seven images, each of which represents the surface of a drum and bears the singular stamp of the musician who played it. At the time, Patrick Tosani was interested in things rather than objects, and in “surfacing” reality as a way of expressing his intentions. We encounter here the idea of surface both in the skin of the drum and in the surface of the photographic image representing it. In 1989, Jean-François Chevrier featured this work in the landmark exhibition entitled Another Objectivity.

In today’s edition (link in bio) : The Musée su