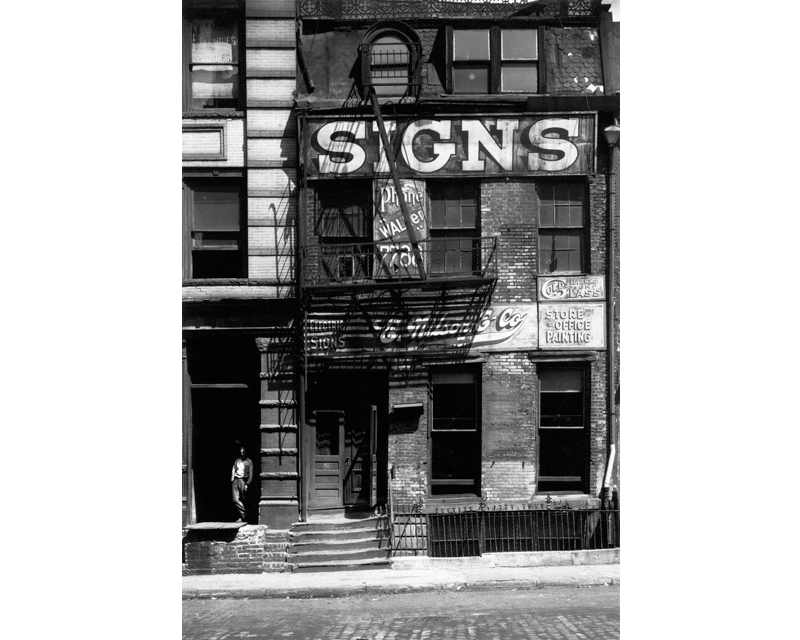 The Dutch-born Peter Sekaer, who photographed Depression-era America in the tradition of his friends Walker Evans and Berenice Abbott, has largely been forgotten since his death at the age of 49 in 1950. Now “Signs of Life,” the first major museum exhibition dedicated to Sekaer, resurrects his overlooked body of work.

The exhibit of about eighty black and white images at the International Center of Photography, and the accompanying book, takes its title from Sekaer’s frequent photographs of signage on walls and shop windows, movie posters, and advertisements — a practice long predating the work of artists like Ed Ruscha. But “Signs of Life” is primarily a showcase of documentary photography’s golden age: slums, building facades, and portraits of the underclass.

Sekaer, who left his native Copenhagen at the age of seventeen to escape a domineering father, crisscrossed the US in the late 1930s for various agencies set up under Roosevelt’s New Deal. The resulting images, which include scenes of a black chain gang and prostitutes inside a New Orleans brothel, evade both propaganda and “artiness,” aiming instead for “sympathetic understanding.” In the midst of recession-era America seventy-five years later, the result, which eschews both pity and false heroism, is eminently timely.

On view at the International Center of Photography through January 8, 2012.