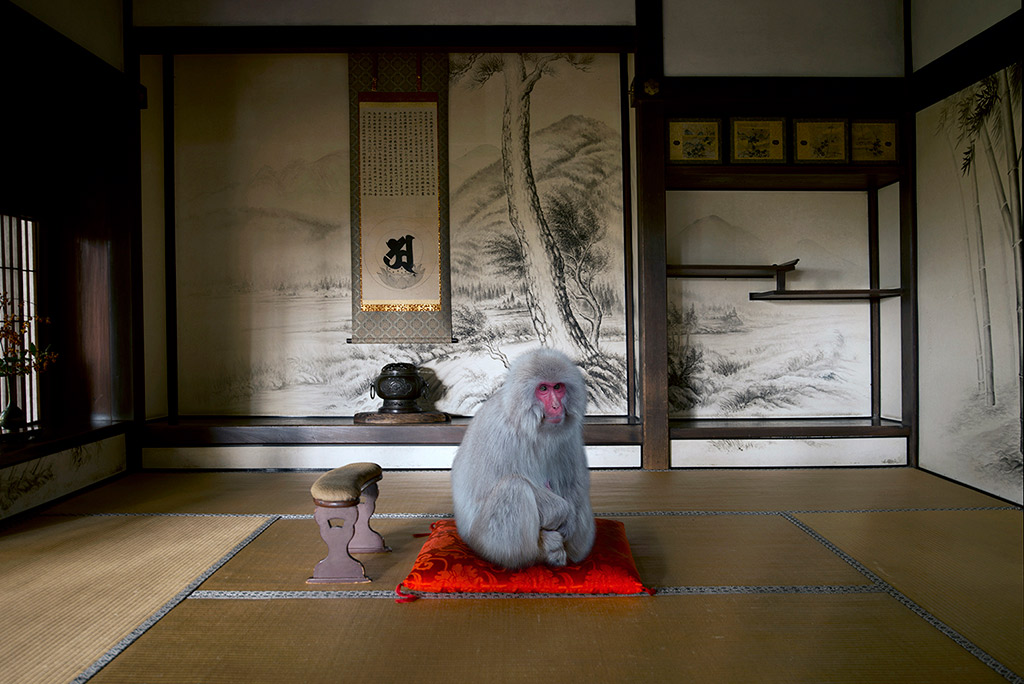 Since 2012, Karen Knorr has been exploring and learning about Japanese heritage culture travelling to Tokyo, Kyoto, Nara and Ise several times during different periods of the year. She continues to travel there in order to capture the transience of the seasons which are viewed through the structures of temples and shrines. After the 2011 Tohoko earthquake and tsunami which killed over 15000 people in Japan, Knorr felt compelled to visit Japan out of friendship and a deep feeling of sympathy. She has been working on two series which complement each other yet use distinct approaches: Karyukai focuses on portraiture with waka (poetry) composed by the sitters and Monogatari places animals and people on architectural sites which serve as witnesses of an ancestral legacy that still pervades Japanese life today.