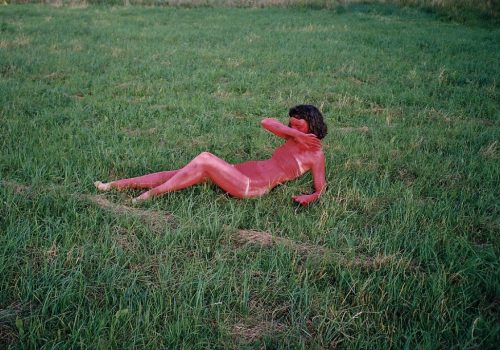 “Love is stronger than fear” – My personal project was created as a reaction to the current situation in Belarus, my motherland.

After the 2020 presidential election, the majority of citizens are demanding a second fair election, as they deemed the election process illegitimate. A wave of peaceful protests began in the whole country, but it was countered with police violence against civilians.

In my project, I was inspired by the braveness of people standing for truth and freedom.

People showing the highest level of self-organisation, awareness and solidarity. By using peaceful methods of protest as a strike and demonstration, they are showing the whole world how powerful solidarity can be in society:- people supporting each-other and standing together as a big family.

On the other hand, I wanted to express the difficult feelings people are going through at the moment. Pain, fear, obscurity and imminence. It’s heartbreaking to witness.

I think that right now, a civil society is being born in Belarus, and the country will never be the same again. It’s based on democratic values and an active anti-regime position.

In my project, I recorded a lot of symbols.

of resistance to the current government. I used this colour palette in association with such themes as freedom and love.

The girl on the photos (Ilana Izmailova,who is also originally from BLR) represents the generic character of Belarusian woman. I refer to the painting “Eva” by Belarusian artist Chaim Soutine, which Ilana is evoking. The story around this picture made this art piece an anti-regime symbol as well.

Belarussian women’s “solidarity chain” (peaceful demonstrations which began after the brutal arrests, when women went to the streets and stood in lines with flowers) and female election candidate have shown the big role of women in Belarusian society. This proves the powerful female potential in political and social processes.

Other symbols in my project are, for example, wheat, a typical plant in Belarus’ nature and flowers.

The story of the Belarusian demonstrations is a story about personal and social transformation.

Through this project, I would like to share my solidarity for all people who bravely stand for truth and freedom.

Those people deserve our support, respect and attention.