Arles 2020 day to day by Thierry Maindrault The « Chapelle du Méjan”, is and remains an unmissable place of photography in Arles, with or without virus, with or without “Rencontres”. The very large room on the first floor welcomes in a very simple scenography the work of this documentary photographer who is Mario del Curto. The new publishing of his book devoted to biologic diversity:: “The Seeds of the World” around the work of the Vavilov Institute in Saint Petersburg supports this exhibition. One hundred years after the first expedition of the great researcher Nikolai Vavilov, photographer Mario del Curto […] 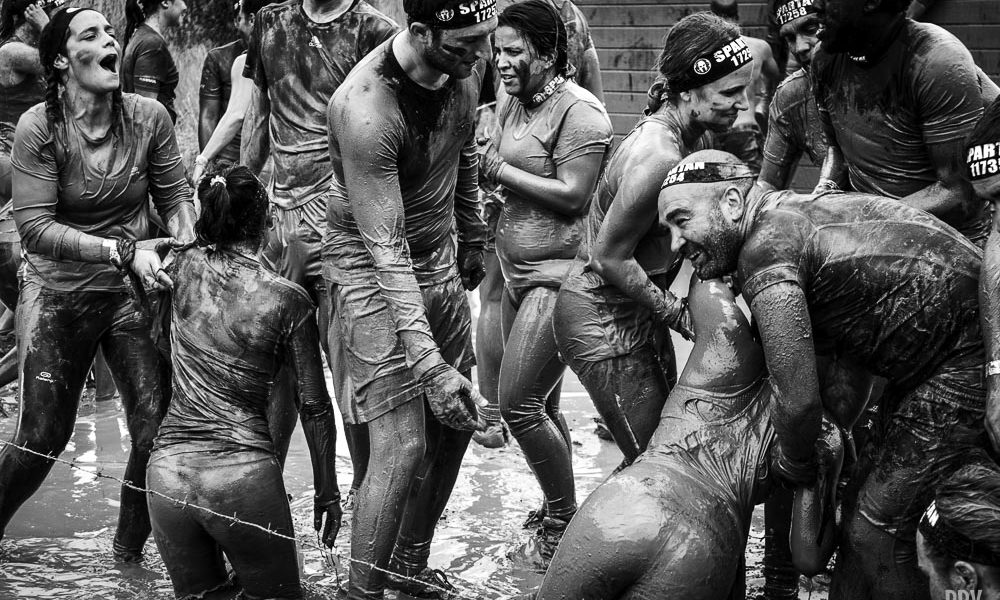 Portfolio : BBY : From humus to human

Daniel Blau presents Backstage and Kammerspiele - an exhibition comprising Margaret Bourke-White’s backstage photographs of burlesque dancers shown alongside the 1920s theatrical pictures of Li Osborne (1883-1968). Bourke-White’s sensual photographs of Broadway burlesque performers give us a glimpse of New York’s entertainment world in the mid 1930s. The subjects of these striking photos are New York’s chorus girls and performers as they prepare their makeup and costumes and wait to…

Nailya Alexander Gallery presents Pentti Sammallahti: Summertime, on view online Monday 3 August - Friday 28 August 2020. This exhibition includes images from over forty years of the artist’s career, from the 1970s to the present, and celebrates the light, warmth, and freedom of summer. Born in 1950 in Helsinki, Pentti Sammallahti stands today as a landmark figure in Scandinavian photography, renowned worldwide for his emotive images of animals and…

Janine Niepce was born on February 12, 1921 in Meudon in a family of Burgundy winegrowers. In 1944, she obtained a license in History of Art and Archeology at the Sorbonne. At the same time, she developed films for the Resistance and participated in the liberation of Paris as a liaison agent. From 1946, she was one of the first French to practice the profession of reporter-photographer and traveled across…

120 images of August Sander in Nice

Front Room Gallery just presented, “Passing Freight” a solo exhibition of photographs by Stephen Mallon. “Passing Freight” is a visual celebration of the unique beauty and function of freight train cars in United States. In 2018 there were 1,637,000 freight cars in operation across North America, each distinctive in their construction, markings and utility. Time and human contact add to each train car’s individuality: all carrying a vast, and sometimes surprising array of goods and resources. This series of photographs captures the still active rail lines that carry freight to destinations across the country.  Mallon’s industrial landscape photographs isolate freight cars within this iconic transportation system, which has played a critical […]

Ewbank’s are to offer an album of what are thought to be the first photographs ever taken in Papua New Guinea at their 30th Anniversary sale on March 20. The 39 mounted prints chart the three-week tour by representatives of the Crown in November 1884 as they declared the British Protectorate over South Eastern New Guinea. The views include native villages, panoramas, the armoured cruiser HMS Nelson anchored offshore and a series of formal ceremonies – both onboard and onshore – as the detachment made its way from Port Moresby along the coast. As fascinating for their detail as their […]

The space in which a prisoner is constrained constitutes the reality of his sentence. However the architecture of prisons is incredibly diverse. I wanted to see what it is like: photographing prisons rather than prison. Between April 2016 and January 2018, I photographed in six prisons in collaboration with prisoners. Prison architecture is an optical machine at the service of surveillance. What the supervisor sees, what the prisoner does not see from his cell or the passer-by from the street, all this is planned by the architect. Taking pictures in prison is like participating in a constrained and uneven look. […]

Her name: Céline Ravier. She has just written a remarkable book, entitled: [AUTO] PHOTOGRAPHIC EDITION. Investigation on a mutation. The book is published by the publisher Arnaud Bizalion. We will publish the main themes of the book in four installments, this is the final one!   What future form for the book of photography? Photography is the easiest thing in the world but also the most difficult: it is very easy to transform in one afternoon a corpus of images into a book with a contemporary and original look, but it will have no soul, no message, no real substance. […]

Ilse Bing : The Queen of the Leica

“I didn’t choose photography; it chose me,” said Ilse Bing (American, born Germany, 1899–1998). Bing was just a snapshooter until forced to hone her photographic skills to produce illustrations for her doctoral dissertation at the University of Frankfurt on an 18th-century architect. Then in 1929, on a university field trip, the 30-year-old art historian saw for the first time a painting by Vincent van Gogh. She instantly decided to become an artist—but not a painter. Photography “was the trend of the time,” she recalled later. And the newest trend in photography was the Leica, a small, lightweight German camera. The […]

On the occasion of the municipal elections in France this week, Roger-Viollet photo agency presents Marie-Rose Bouchemousse (1889-1966), first woman appointed mayor, in France, of her native village Vigeois (Corrèze) by the prefect in November 1943 under the Vichy regime . Despite everything, during an attempt to occupy her village, in the company of her assistant and the parish priest, the graduate of the École normale supérieure, opposed the German division Das Reich who had to leave. Born in 1903, Gaston Paris was one of the pillars of the weekly Vu in the 1930s, founded in 1928 by Lucien Vogel. […]

Margaret Lansink : On the border of nothingness…on the road to healing

Atelier Clelia Alric. presents On the border of nothingness… on the road to healing by Margaret Lansink. In the endless flow of everything, people come and go in our lives. While the presence of some can be so subtle that we barely notice when it begins or ends, with others it is much clearer: they enter or exit with a crash. In “On the border of nothing”, the Dutch photographer Margaret Lansink transcribes the transitional ambiguity of her adult daughter’s decision to suspend all contact with her, photographing landscapes and naked women whose evanescent presence raises the same haunted question: […]

Catherine Edelman Gallery presents The Amazon, the third exhibition by Spanish born photographer Daniel Beltrá. Daniel Beltrá has spent the past thirty years witnessing human’s influence on the climate. Photographing from the air, he has documented everything from oil spills, to glacial melts, to droughts, to the effect of greenhouse gases. His commitment is extraordinary and has been acknowledged by both the conservation and art worlds, as he lays bare the undeniable reality of the climate crisis. The Amazon features fifteen photographs taken over a span of twenty years, alongside a photographic timeline describing his many adventures. The Amazon rainforest is a vital […]

In a series of photographic panoramas shot in East Africa, photographer Nick Brandt records the impact of men in places where animals used to roam, but no longer do. Pollution and urban encroachment is the cause of ever decreasing habitat for the natural world and loss of biodiversity. But loss of habitat is not the only threat to wildlife. Consumption of wildlife as deluxe delicacies, grounded into medicines or carved into luxury objects have pushed many species such as rhinos and pangolins to the brink of extinction. Since 1970, populations of thousands of animal species around the world have declined […]

The Smithsonian Institution is the world’s largest museum, education, and research complex. The launch of a new open access platform ushers in a new era of accessibility for the Institution. Katherine J. Wu writes in Smithsonian Magazine: Culture connoisseurs, rejoice: The Smithsonian Institution is inviting the world to engage with its vast repository of resources like never before. For the first time in its 174-year history, the Smithsonian has released 2.8 million high-resolution two- and three-dimensional images from across its collections onto an open access online platform for patrons to peruse and download free of charge. Featuring data and material […]

Portfolio : BBY : From humus to human