GIRLS! GIRLS! GIRLS! is a new book edited by Ghislain Pascal and published by teNeues and Mendo. It celebrates the female form featuring photographic legends, contemporary names and rising female photographers. All royalties from the book are going to the Lady Garden Foundation.  “Girls! Girls! Girls! was first conceived after we opened our gallery in memory of the legendary British photographer Bob Carlos Clarke, who I represented before his untimely death. We began theming many of our exhibitions and since we had a lot of photographers who photographed female nudes, Girls! Girls! Girls! was born. It has now grown into […] 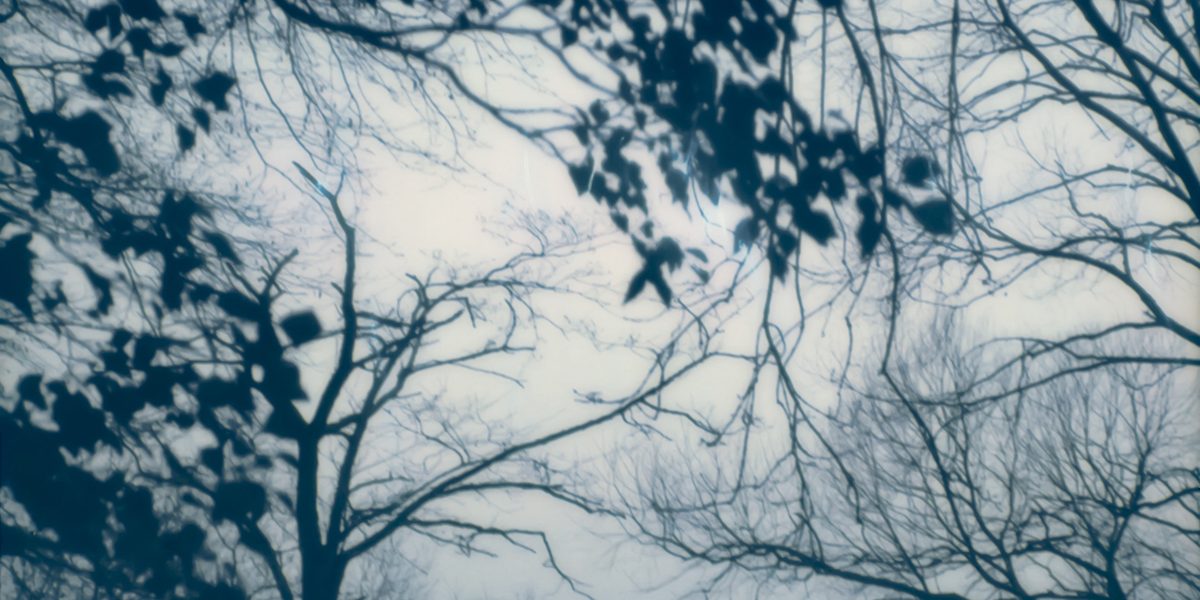 The Clémentine de la Féronnière gallery, in collaboration with the Maison du Danemark and Lumières Nordiques, is hosting the photographs of three Danish women artists: Astrid Kruse Jensen, Rosalina Kruse Serup and Myne Søe-Pedersen, who live and work in Copenhagen. They are mostly pieces representative of their recent work  and develop around different themes; but they also bear witness to an exercise in color that is specific to each of the three artists. If the whole outlines an approach to photographic creation in Denmark, we also see emerging a diversity of feminine sensibilities; techniques and formats are declined, which effects these photographers like […]

Jane Hilton has been road tripping throughout the United States for the last thirty years. The fact that she comes from London as a photographer and filmmaker makes her observation more acute. After three decades, she has accumulated enough material to create a picture of a landscape beneath the vast skies, of the highways and vistas of automobile graveyards. In her persistent probing from the wedding chapels of Las Vegas to the bordello rooms where the sexual exchanges are fulfilled, she shows a hidden world behind the barriers. Persistent human loneliness and an ongoing violence at the very core of […] 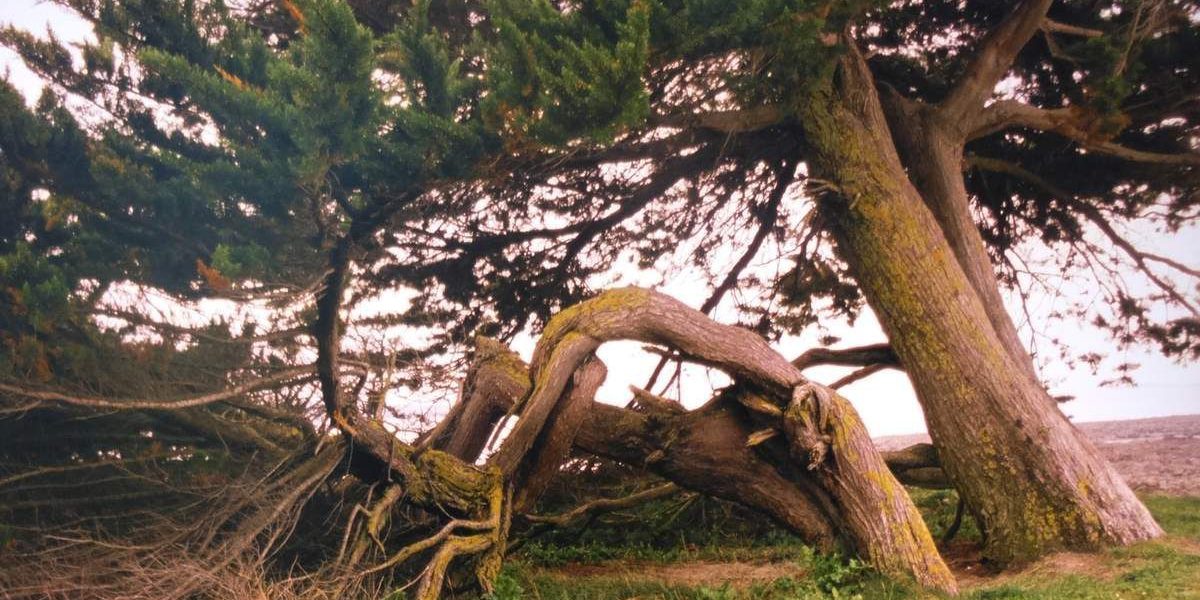 In 2019, the Fondation Carter pour l'art contemporain, based in Paris, hosted the collectiv exhibition 'We the trees'. Raymond Depardon and Claudine Nougaret's simple and touching documentary, My tree, was shown in the very first part of the show.

Simple Pleasures is a new series curated by Holden Luntz Gallery, presenting ten of their favorite pictures organized thematically. We hope you find these photographs as a gentle reminder that there are always simple pleasures to be found! www.holdenluntz.com

Editorial : The “Time Machine” is here!

The Eye of Photography team is pleased to offer its subscribers the new "Time Machine" of publications since the end of 2010. Navigate using the calendar to (re) discover the archives of the selected day. Want to go back in time and dive into the contemporary history of Photography? Go to the page: https://loeildelaphotographie.com/en/timemachine/

The German born photographer, Patrick Lambertz, challenges stereotypes about Switzerland with an ironic twist in his latest photographic works titled “Châlets of Switzerland”. Although Switzerland is comparatively small, there are more world-famous clichés about it than about most countries: chocolate, luxury watches, banks, cheese, Heidi and the mountains, to name just a few. Among those idealized Swiss images is the romantic wooden mountain hut – the Châlet – with open log fires and a rustic interior, embedded in high mountains and surrounded by virgin snow. Patrick Lambertz consciously utilizes this cliché with his photo series “Châlets of Switzerland”. “Châlet” originally […]

On June 11, 1997, French software engineer Philippe Kahn sent a grainy color photograph of his infant daughter Sophie, moments after she was born, to his family and friends using a cobbled-together contraption made up of his mobile phone, a digital camera and a linked online network. This transmission marked a decisive moment in the history of sharing photos—an essential component of photography since its inception. Technology has escalated—and accelerated—the creation, distribution and consumption of photographic imagery, and as a result, millions of images are now sent across the Internet each day. On view at the San Francisco Museum of […]

Six years ago, photographer Pia Johnson moved to the regional town of Woodend within the Macedon Ranges Australia). For her latest exhibition Cusp opening on 9 March 2019 at Stockroom Kyneton, Johnson has created a series that explores the natural landscape around her home and regional Victoria. The majority of the exhibition is made up of photographs taken in regional Victoria, many between Melbourne and Woodend. These images reflect the dynamics of movement, elements of the weather, the road and ever-shifting countryside. Interspersed throughout the landscapes are images of young teenager Maela, whose strong gaze and place within the landscape […]

The Hasselblad Foundation announces that Japanese photographer Daido Moriyama is the recipient of the 2019 Hasselblad Foundation International Award in Photography for the sum of SEK 1,000,000 (approx. USD 110,000). The award ceremony will take place in Gothenburg, Sweden on October 13, 2019. A symposium will be held on October 14, followed by the opening of an exhibition of Moriyama’s work at the Hasselblad Center, and the release of a new book about the artist, published by Verlag der Buchhandlung Walther König. The Foundation’s citation regarding the Hasselblad Award Laureate 2019, Daido Moriyama: »Daido Moriyama is one of Japan’s most […]

But who is Paul Senn? A Swiss photographer, a witness of his time, a sharp eye that testified during two decades, from 1930 to 1950, a tragic era where was put in place with  fascism and Nazism, the matrix of the disaster to come. A humanist photographer, he later became a war reporter and witness of a post-war period, from which he drew the glimmers of hope with marvelous color photographs. In the 1930s, against the backdrop of economic crisis, social clashes and political violence, Swiss photographers, most notably Paul Senn, reported on the news, with Leica and Rolleiflex in […]

“The man was called by the ancient microcosm […]. For just as it is a compound of earth, water, air, and fire, so is the body of the earth. If man has bones, support and reinforcement of the flesh, the world has the rocks as supports of the earth; if the man carries the lake of blood where the lung inflates and deflates in the breath, the body of the earth has its ocean, which grows and decreases every six hours in a cosmic breath; if the veins leave this lake of blood, branching into the human body, so the […]

Reine Paradis is a French artist born in 1989. She constructs narrative photographs staging herself as the central figure in a surreal landscape. Paradis is dressed in yellow in the images of “Midnight” and is shown interacting in color filled landscapes. Shot in many locations throughout America, the photo series «Midnight» takes us on an introspective journey across a symbolic and chromatic world, projected above the limit of reality and imagination. All the scenes are imagined and conceptualized before shooting in real locations. Once the scene is visualized in it’s entirety, Paradis makes sketches and paints the scene to use […]

Eduard Planting Gallery in Amsterdam presents from 16 March until 26 April 2019 an exhibition of Van de Camp & Heesterbeek. The Dutch photographic art duo shows a selection of intriguing and universal black and white images. The ‘Spatio-temporeel’ series introduces people to a reality with a different notion of beauty, space and time. An important starting point is portrait photography. Reality doesn’t always present itself the way it really is. Patricia van de Camp and Marc Heesterbeek explore the relativity of reality and of beauty in particular. They investigate the aesthetic principles of symmetry in face and body by […]