BredaPhoto 2020 : The Best of Times, The Worst of Times – open air expositions 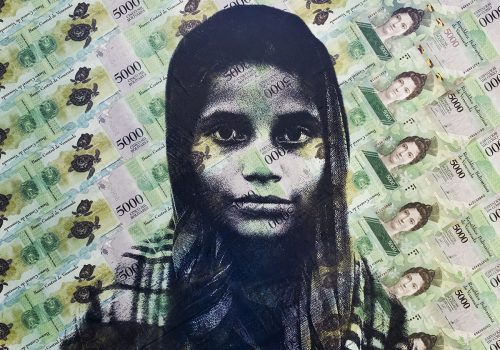 A lot of the expositions of The Best of Times, The Worst of Times can be seen in open air – on the XXL Promenade & the Chassé Park. This area was a practice field of the former Chassé Barracks – Breda used to be border town & military stronghold- but has been transformed by Rem Koolhaas in a residential campus.

Global warming, climatic change is the concern of various photographers in the exhibition. The problem is depicted in an overwhelming way by Simon Norfolk (1963) & Klaus Thymann (1974) in Shroud. As elsewhere, the Rhone glacier is melting in Switzerland. To slow down the process, a thermic blanket has been placed on the ice, to protect the souvenir shop located in a cave in the glacier. This small scaled reaction is impotent to restrain the global phenomena, and is symbolic of how we, humans, approach worldwide issues.

If you sign in on a new platform, if you start using a new computer,  you will see a text which safeguards the legal rights of the company. You start reading it, but after a while you scroll down and you tick ‘I Agree’ in the provided checkbox. As individual you feel pretty powerless: Nigerian artist Anthony Obayomi Ayodele (1994) shows us in hh in a very graphic way how we are lost facing the dominance of the multinational media companies.

The migration from Asia & Africa seems to a lot of people in Europe an overwhelming problem that is their exclusive burden. On the contrary migration is a global issue, a constant throughout history of mankind. Columbian artist Felipe Jacome (1985) saw the endless line of refugees fleeing the economic conditions of Venezuela. He photographed them & printed their portraits on the worthless banknotes.

Moroccan photographer M’hammed Kilito (1981) was born in Russia, studied all over the world and was marked as “one of the emerging photographers worldwide in 2020” by the British Journal of Photography. His project Among You shows us the youth in his homeland, struggling to defend their identity. The diptychs juxtapose portraits of a modern youth and their traditional surroundings.

The ‘Black lives Matter’ movement is shown by documentary photographer Adreinne Waheed (1972). She wants to break through stereotypical imaging: she doesn’t focus on scenes of aggression or confrontation during manifestations. On the contrary she puts the emphasis on the sense of community, the fun and the celebration of the gatherings.

What is the task of a photographer? Does (he/she) create your image? Or does (he/she) create an image of your choice? And the final product, the printed image: does the photographer own the rights, or does the picture belong to you? Jan Hoek is a photographer, activist fascinated by the power relation between photographer & the subject. In “Power to the Models” (presented in the Stedelijk Museum) he turns the tables. He chose 9 models, among them deejay Tiësto, disruptive British make-up artist Hatti Rees, a Kenyan moto-cab driver, a Dutch queer activist/medic/high ranked officer, a blogger and self-declared fat model, a professional model with the Down’s syndrome… Each person had to conceive their image and got €5000 (about £4,600/ $5900) to hire a photographer. An important condition of the contract was that the rights of the images belong to the models – hence Power to the Models.

The exposition in Breda’s Museum is as diverse as the nine subjects, with a whole lot of attention to an overwhelming mise-en scène. The exposition obliges you to think about the imaging of a subject. It confronts us to how the cultural, geographical, socio-economic, ideological & philosophical and gender related biases affect our way of seeing & imagining. It differentiates the approach of the photographer, from the ideas of the model and the gaze of the viewer.

This precisely makes it worthwhile to visit, as well as the photography of e.g. Dagmar van Weeghel (1974) and Jonnah Bron of Jyoti Weststrate, a woman in search of her roots & the polaroid’s of Paulo Roversi (1947) made of Chiara Bardelli Nonino, photo editor of Vogue Italia. A publication Power to the Models – Sticker book by Jan Hoek & Alma Mathijsen is available (€9.50)