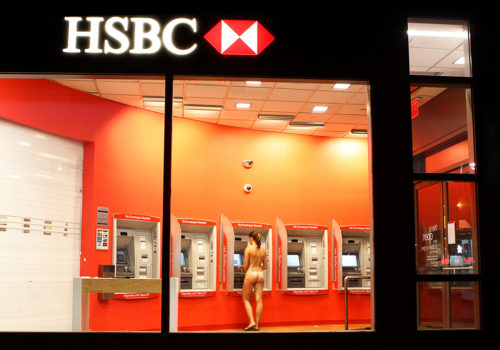 Twice before we’ve featured the work of Erica Simone, a New York photographer known for her nude self-portraits. To announce the release of her new book, she sent us these pictures.

As once an Angeleno in Paris, and now a Parisian in New York, the big city is my true home and playground. Photography has become a vital passion and within it, a never-ending drive to challenge myself, even if it means getting naked in the freezing snow…

Nue York: Self-Portraits of a Bare Urban Citizen bloomed from an initial questioning about clothing and the importance of fashion in modern society. What we wear acts as a silent language allowing us to portray who we are or want to be, suggesting to the outer world an impression of us—whatever that may be. Fashion tends to segregate us as well as adapt us into various social categories, also helping us communicate our moods. This tool of expression is quite precious to civil society and as most people, I organically use clothing as a way of portraying my own image.
New York City is a fashion mecca, where image and stature reign the streets. As I watch an image-absorbed society care more about the sales at Barney’s than the homeless people they ignore as they parade by, I began to ponder: “What would the world feel like naked? What if we didn’t have clothing to come in between us? Or if we couldn’t show off our social status? What if all we had were our bodies to express our personalities?” These questions raised many various issues and these issues raised many various questions. “How have we evolved so far away from our utmost primary state of being that it is actually against the law to be nude in public?” Naked is who we are and who we come into the world as.
“Nothing Fits Like You”‬ is a campaign about being comfortable with who you are as a person, with your body, your mind and your role in society. It’s about being free from the confinements of societal’s expectations and the media’s projections.
From there, my photographic project was born. With a tripod and a couple ounces of adrenaline, I took to the busy streets to get a taste of New York in the nude.
The point is not to be nude for shock value. I am simply an artist looking to humorously poke at some interesting thoughts about society and question who we are and embody as human beings inhabiting this home we call Earth. It’s now up to you to answer or raise these questions, as you like.
From Houston to Hudson and from Bowery to the Bronx, photographing Manhattan has never been such a rush….
#thepowerofnaked !

To Preorder the book:
ericasimone.pubslush.com