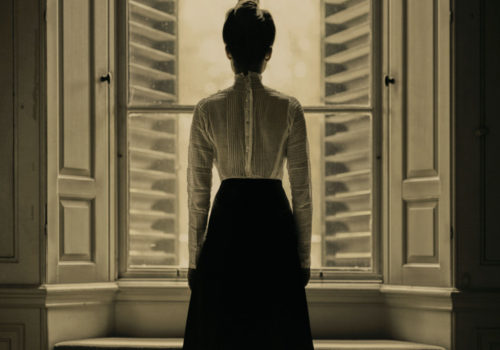 The series “Silent Loss” is a personal series based on her family history in the former Dutch East Indies – now Indonesia. The Nether­lands has a long history with the Dutch East Indies, which leaves all kinds of traces that are reminiscent of the vast but also complex colonial past between these two countries. In fact, her work is about the lost identity of the large number of people who were forced to leave their country after the Independence and their emotions regarding this loss which are dormant but still very much alive.

Langbroek invites the viewer to become part of this memory of the Dutch East Indies, by a metaphorical representa­tion of memories and fantasies through poetic images. She depicts the experience of a time in a distant almost magical country and a life that no longer exists. The sharp contradiction: on one hand a mythical land full of warmth, splendor and beauty, on the other hand violence, oppression and war.

Her artwork is not just about aesthetics, but there is a deeper meaning behind the image, the story and the emotion contained within. From that point of view, Langbroek shoots purely intuitively based upon her memories of her grand­mother: how she looked, her accent and the tone of her voice. In addition, research is an important part of her work to find inspiration. By reading books, interviewing people from previous generations and scrutinizing old photo albums Langbroek gets closer to the life of her grandparents in the Dutch East Indies. Furthermore, her concepts are refined and elaborated in detail, in search of the right items, models, locations and clothing which are partly original antiques but some also specifically handmade based on her own ideas and designs.

In her contemporary work she has therefore chosen to express this atmosphere of nostalgia and sadness, but also of poetry and beauty. Using a strong contrast between light and dark, the artist creates a twilight zone as a metaphor for the disappearing past. To achieve this, she uses chiaroscuro, but also the soft lighting used by painters of the 17th century Dutch Golden Age, such as Vermeer, Rembrandt or the Italian painter Caravaggio.

from 3 September till 23 October

Open: afterwards the exhibition can be visited till October 23: WEDNESDAY – SATURDAY 12 – 18 H