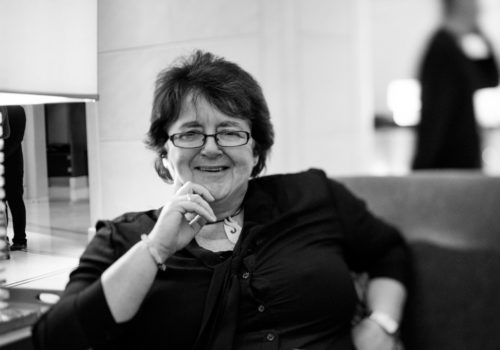 Photography and memory are intrinsically linked. When photography was invented in the 19th Century the medium was the first to truly capture life as it happens. No longer was society reliant on artists to draw, sculpt and paint the world around us. As such the photograph was considered a true representation made possible by the mechanical operation of the camera with the partiality of the photographer never in question.

Today thoughts around the photograph as a true representation have evolved along with the tools we use to capture images. It is widely accepted that a photograph is an interpretation of the truth, an understanding that is underpinned by the simple fact that to create an image requires human intervention. This doesn’t mean the photograph is not truthful, but rather subjective. Nevertheless the photograph is still considered an evidentiary document that provides proof of an event, person or place.

With the phenomenal global interest in photography today that is aided by mobile devices and digital capture, the photograph continues to be an indispensable part of everyday life not only as a recording of history, but also as a form of artistic expression. Through our cameras we create our own personal histories freezing moments in time.

Exploring concepts of ‘memory’ through photography is a theme that features in this year’s Auckland Festival of Photography, the 11th edition of this annual festival held in New Zealand’s largest city.

2014 marks the first time the Festival has featured a themed section. Founder and Festival Director Julia Durkin says that introducing the concept of a theme is a natural development for the Festival that began in 2004 on an open call platform.

“Over the decade we’ve been operating we’ve looked at various models and formulated our program to include must-see exhibitions by established photographers as well as the fringe activities which are focused on emerging and aspiring photographers,” she explains.

“After successfully presenting ten festivals there comes a point at which you need to reinvigorate and develop your program to meet the needs of the audience and the artists involved. We’re excited about offering an alternative to what we’ve been doing and theming a section of the Festival is part of this approach.”

Durkin explains the theme of memory emerged from a collaborative process that involved key stakeholders including exhibitors, artists and curators. “We wanted to hear what our partners thought about the next step for the Festival. Memory was a theme that everybody felt was a good starting point in theming the Festival. Photography as a tool for memory is unquestionable. As humans we have a multifaceted and complex relationship with memory through our cameras”.

She continues. “We wanted to explore the idea of photographs not only as holders of memory, but also constructors of memory, documents, cultural memory, personal and historical emblems. It is almost the perfect first theme for the Festival in actual fact”.

The theme has been applied to various aspects of the Festival including the Signature exhibitions and the Talking Culture symposium that explores notions of cultural memory through the photography of indigenous cultures. This year the Symposium features local and international artists including National Geographic’s Chris Rainier, Australia’s Professor Wayne Quilliam, an Aboriginal Artist of the Year, plus New Zealand’s iconic Ans Westra and emerging Maori photojournalist Qiane Matata-Sipu.

“We have also extended the theme to our annual commission,” explains Durkin. “The new work we are presenting in the Festival this year by Tanu Gago looks at Pacific representation, cultural identity and how in the future these images he is creating now will be the memory of what contemporary Pacific identity and culture in Auckland looked like. Tanu is a fantastic young artist. We think he’s done the best work we’ve had for the commission so far. It is nice to feel like there is maturity about what we are doing. The whole project of being able to commission artists is clicking and we are delighted.”

In 2010 the Auckland Festival joined the Asia Pacific Photo Forum, which includes photography festivals held in Australia as well as Asia and South America. Durkin says Auckland’s membership in the Forum allows the Festival’s curators to tap into a diverse group of photographers working around the globe helping to stem the tyranny of distance; New Zealand is that last stop before the Antarctic.

“The Asia Pacific Photo Forum has really added another layer of development and complexity to the Festival and we can now access fantastic work through other festivals like Head On (Sydney) and Chiang Mai (Thailand) and Pingyao (China). It just creates a much better festival for the people of Auckland.”

From its humble beginnings in 2004 when there were ten exhibitions mounted under the Festival banner, Auckland Festival of Photography has grown to feature 115 events in 2014, a record number. Yet despite its obvious success with the domestic market, funding continues to prove problematic and a large volunteer network supports the Festival.

“The support for photography through central government in New Zealand is wholly poor in my opinion,” says Durkin. “For some reason photography still struggles to be recognised as an art form.” Her thoughts echo those of her Australian counterparts who despite reporting record attendances continue to have to prove the worth of their existence on an ongoing basis.

Durkin’s frustration is obvious when she sees millions of dollars of public money being poured into the performing arts despite the decline in audience numbers. “With the rise of the Digital Age media savvy young people are never without their phones or tablets or computers. Visual arts is being consumed and engaged with at a far higher rate of participation than I would argue any other art form particularly performing arts. Most performing arts you are talking about buying a ticket and all the research internationally and here show that the biggest barrier to accessing the arts is cost”.

“We have a philosophy that the Auckland Festival of Photography, as a charitable trust, is free to everybody – galleries, photographers and audience. That’s a fundamental philosophy and we are very proud that we can continue to uphold that key tenet,” Durkin concludes.

FESTIVAL
The Auckland Festival of Photography
May 29 to June 20, 2014
2A – 93 The Strand, Parnell
Auckland
New Zealand